San Francisco’s St. Patrick’s Day Parade is one of the most popular events in the city. And it’s celebrating its 166th year in 2017, so it’s safe to say it’s a Bay Area tradition! To honor Irish culture and character, and to commemorate the history of the Irish in SF, the parade will march down Market Street March 11th with the festival to follow in Civic Center Plaza.

If you’re like most of us, though, you want the festivities to continue all weekend. And that’s exactly what you can do at the city’s best Irish pubs! Attend one of their St. Patrick’s Day events (one event lasts all week!) or stop by after the parade for a plate of Fish & Chips and a pint of Guinness. 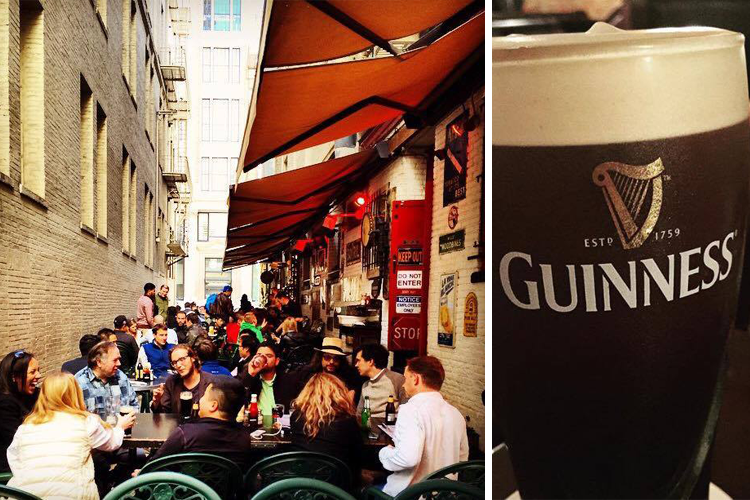 Photos courtesy of The Irish Bank

Snuggled into its own lane in FiDi, you’ll find one of America’s most authentic, historically accurate and romantic Irish pubs. In classic pub fashion, the decor is a blend of clever plaques, antiques and Irish countryside memorabilia. You’ll be transported to a countryside inn on any day, but come by on March 12 and 17 for a St. Patrick’s Day Block Party like you’ve never seen!

In the heart of the Downtown Financial District, you’ll find Irish Times — embracing the warmth and casual atmosphere of classic Irish bars. Have a pint while watching a rugby match or sip a cocktail with a plate of Buffalo Wings while cheering on your football team (American football, that is).

Another FiDi favorite, Harrington’s has been family run for three generations. In 1935, the pub looked after San Francisco’s sea captains, longshoremen and printers. Today, they welcome everyone with the same warm and lively Irish hospitality.

The Little Shamrock was built in 1893. It’s the oldest bar in Sunset and one of the oldest in the city. Over the years, the bar has accumulated quite the collection of board games, darts, backgammon tables, mystery novels, couches and Tiffany lamps. So stop by to play a game, relax on a foggy afternoon, or catch a live game on TV. 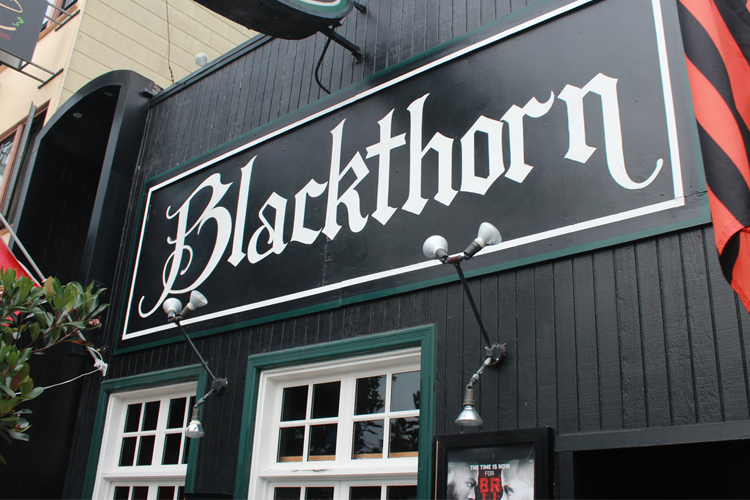 You can tell Blackthorn embraces its Irish roots before you ever step inside. The traditional Irish facade opens up into a modern pub with plenty of SF flair. Come by on Karaoke Tuesday and Trivia Night and while you’re there, try one of their barrel aged cocktails! They have three options — The Black Buffalo, Vieux Carre and Boulevardier — that are aged for two months in oak barrels.

The Plough and the Stars | Inner Richmond

If you’ve ever been to the Emerald Isle, you’ll know Irish bars need live music. And The Plough and the Stars doesn’t disappoint! On almost every night of the week, you can dance along to a live show. You’ll come back again and again to what’s been voted The Best Irish Pub by SF Weekly!

Kells offers a blend of Irish American hospitality, excellent Guinness, and a fabulous mix of food, drink and fun. Six nights a week, you can dance alongside the house band. But from March 12 – 17, you can sing and dance to the music of Oliver Mulholland during the annual St. Patrick’s Irish Festival with a plate of traditional Irish fare!

Irish natives Mick Graham and Mairéad McGarry opened Maggie McGarry’s in 2006 and have since created an authentic pub experience in the heart of North Beach. Nearly every night, the atmosphere is filled with lively music — from classic rock covers to traditional Irish tunes, and even the occasional Disco party. 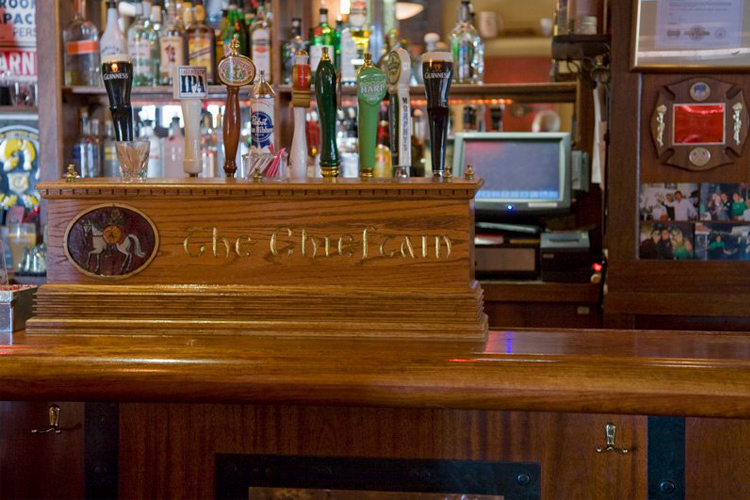 Photo courtesy of The Chieftain

Named after the first High King of Ireland and the most recent Chieftain, this SoMa pub exudes classic Irish character. Owned and operated by two sets of brothers from Ireland, the building is filled with local history and the decor is filled with Celtic tradition. Check the live music schedule so you can sip your Guinness and eat your fish and chips while watching a show.

For 15 years, The Liberties has been offering delicious pub food, crafted cocktails, local and international beers, and a warm atmosphere to visitors and locals alike. Even the Fish & Chips are upscale fare here, and you can get it with an appetizer of melt-in-your-mouth Hickory Bacon and Fontina Croquettes! 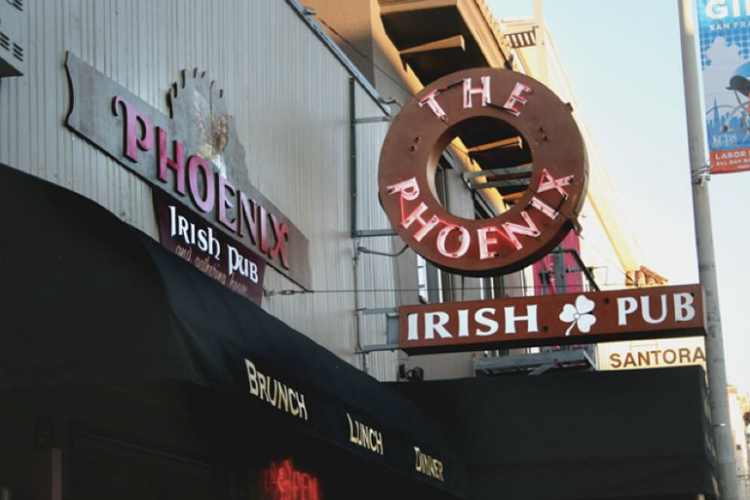 The Phoenix has won multiple awards as SF’s best Irish Bar serving the city’s best Irish food. Stop by for a Smithwick’s and Guinness, or have try a local brew on tap. The atmosphere is always welcoming and the Irish whiskey is always flowing.

The Dubliner has been a neighborhood destination in Noe Valley for over 25 years. The atmosphere blends traditional Irish character with California-style food and drink. Stop by on Thursdays to participate in one of the best Trivia Nights in the city!

Even from the curb, you can tell Johnny Foley’s is a traditional Irish destination. The indoor decor keeps the feel authentic — as do the live music, pints of Guinness, Bangers and Mash, and other Celtic favorites! If you’re feeling a little more upscale, get the Almond Black Pepper Crusted Salmon Filet, or keep it Irish with a plate of Traditional Style Corned Beef and Cabbage.

Where do you celebrate the Emerald Isle in SF?

If we missed your favorite Irish pub, let us know!