Just over a year ago in April of 2016, Laughing Monk Brewing opened in the Bayview with an innovative take on Belgian and California beer styles and a unique passion for their home ‘hood. Working alongside several nonprofits and acting as a community gathering place, in one year, they’ve developed into a headquarters for local improvement and celebration.

“We chose our location here in the Bayview to live with fellow artists, chefs and creators who share our drive to craft, share and explore,” the team explained on the brewery’s Facebook page. “We believe that at the center of every community is that glass held high, bringing together locals and travelers alike to share stories and laughter over delicious beer.” 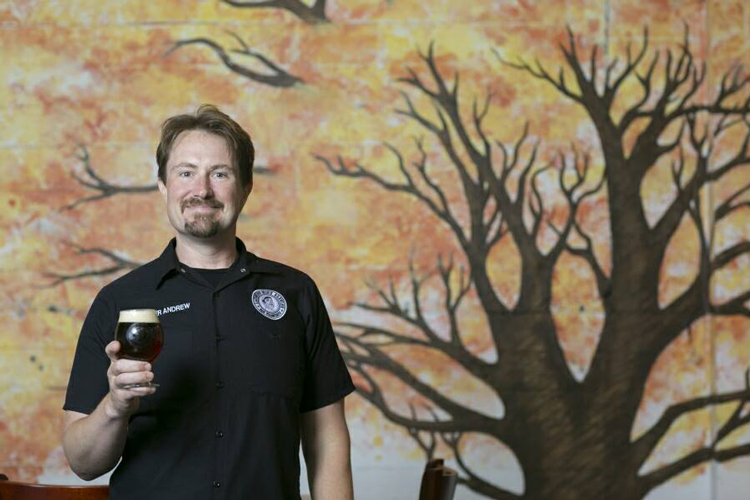 Andrew Casteel is the founder and owner at Laughing Monk. In the process of bringing his brewery to life, he also formed a nonprofit with Bayview local, Tyra Fennell. “As I was getting to know the neighborhood and doing the community outreach, I met [Tyra],” said Andrew. “She knew the arts world and she wanted to be able to stay in the Bayview and keep working there, but the nonprofit she was working with at the time wasn’t working out. I come from the nonprofit world so I said ‘Hey, I can start one. If you can go out and fundraise, I can get you an organization that you can start to build.’” And Imprint.City was born.

Over the course of one year, the arts-centered organization has painted murals throughout the Bayview; they’ve started a summer program for kids to learn how to make websites and video games, and they’ve even hosted a music festival showcasing the local SF music scene. Andrew said, “It’s been an amazing process. [Tyra is] an amazing fundraiser and it’s fun to help those artists who are trying to hold onto living in San Francisco. We want to make sure we give them as many opportunities as possible to give some work to the community while still managing to sustain themselves.” 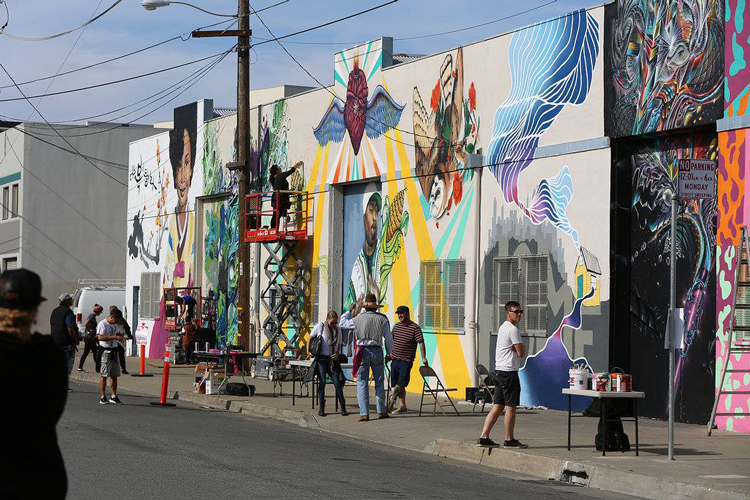 But programming and concerts are just the beginning of Imprint.City’s drive to support, educate and promote local artists, children and creators. As Andrew mentioned, the organization is behind a few of the neighborhood’s most impressive murals, including an outdoor museum. The Sprayview will eventually grow to encompass over twenty blocks of colorful murals painted by a variety of professional artists. Paired with a series of civic engagement discussions and artmaking workshops that introduce youth from the 3rd Street Center and Clinic to muralists, the project brings together the community in a celebration of local art and creativity.

Today, Andrew still serves on the nonprofit’s Board of Directors as Vice President while operating Laughing Monk Brewing with the same passion for the Bayview. Along with funding Imprint.City, the brewery supports and even occasionally sources from five different community gardens in the neighborhood.

Andrew explained, “We fund a coordinated gardener who helps them all work together but also helps them to raise money from other sources so they can grow their programs. They grow a little bit of chamomile for us that we put into our Bayview Gold, a Belgian Golden Ale with a little hint of chamomile for a light citrus flavor. We could get that much chamomile for a lot less than we do at the community gardens, but we want to help them out and make sure they’re a part of the successful Bayview.” 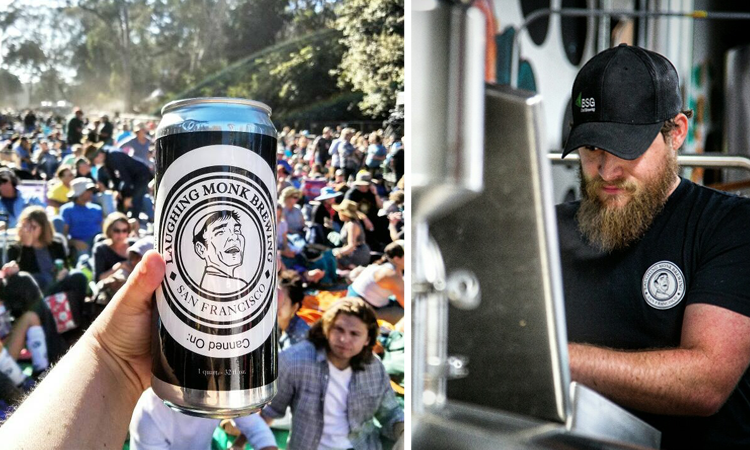 Though you may not realize it right away, this motivation in philanthropy and local support is obvious before you even walk in the door: the name Laughing Monk is more than just a happy man with a beer.

“It’s called Laughing Monk because Belgian brewers come from a monastic tradition,” Andrew said. “When the monks were fasting, they couldn’t eat solid food but they could still drink beer. So they brewed the strongest beers when they couldn’t eat any food. Those monks were lit — and they were having a great time.” But that’s not the whole story; Andrew went on to say, “Monastic brewers also brewed to fund their good deeds in the cities they worked in. They represent this idea of a genial, jovial, charitable person who shares their beer and a love for their community.” And that’s just what Laughing Monk Brewing has become in the Bayview. It’s all about having a good time and doing good things.

“I would sum it up with the idea of Friar Tuck, the happy monk from Robin Hood who’s sharing his beer but also sharing his giving spirit with his neighbors. That’s what we try to embody. We love our neighborhood, The Bayview, and we do all that we can to support what’s going on there. It’s a chance to enjoy something that’s made as locally as we can do it while supporting as many community organizations, gardens and art programs as we can to help out the neighborhood,” said Andrew.

For centuries, the Bay Area has been defined by its artists, creators and innovators—from the heart of San Francisco over to Oakland down to Palo Alto and through every distinct community. Through the work of our local designers and architects, this passion for aesthetic and creativity is brought to life in homes that are definitely worth writing about....

The Top Architecture and Design Firms in the Bay Area

April 29, 2019
Read Post
The world needs donuts, and San Francisco sure knows how to provide. Maybe it’s thanks to our city’s love of food, our creative character or our trend-setting nature, but whatever it is, there’s no doubting The City by the Bay has been the home of some of Instagram’s favorite pastry trends. Right now, we’re thinking of Tacros, Cruffins and donuts and...

The 13 Best Donuts in San Francisco