15 Must-Visit San Francisco Restaurants That Have Been Featured on Diners, Drive-ins and Dives

Since 2007, when the first episode of Diners, Drive-ins and Dives aired on the Food Network, Guy Fieri has blazed a career path that can only be defined as a dream job, traveling across the country to sample the greasiest, tastiest, most satisfying cuisine America can offer. Lucky for us, so many of those dishes are located right here in San Francisco!

A handful of local restaurants have been recognized by Fieri (sometimes more than once) for their flavor, innovation and festive atmospheres. So whether you’re in the mood for a savory, homemade arepa or a spicy kimchi pork burrito, you can bet that there is something in the Golden City that has been approved by the man himself. We’ve gathered them here so you can get a true taste of San Francisco comfort food. Enjoy! 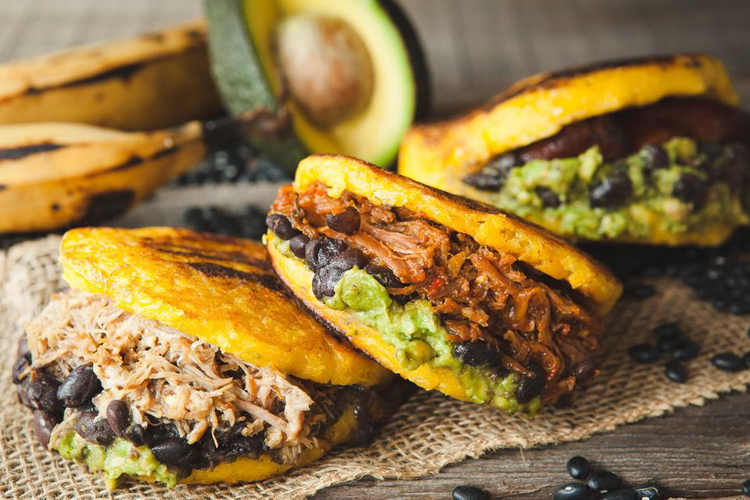 For fresh, Venezuelan arepas crafted with fresh ingredients, you can’t do better than Pica Pica. Each arepa is made by hand daily and filled with savory, slow-cooked meats and veggies. Guy Fieri recommends the Arepa Beef Pabellon, which is stuffed with shredded beef, sweet plantains and black bean spread.

Broken Record has actually been featured on two episodes of Diners, Drive-ins and Dives, and with more than 300 varieties of whiskey, a no-frills dive bar atmosphere, and cuisine that’s anything but your typical bar food, there’s no mystery as to why. Seasonal, locally harvested ingredients are whipped up into inventive combinations that bring locals back time after time.

Hungry San Franciscans line up for hours just to get a taste of the delicious home cooking at Dottie’s True Blue Cafe. Guy himself tried the house-made cornbread with a spicy smear of jalapeño jelly, as well as the buttermilk dill bread and veggie chili. Wait your turn and then settle into one of the 40 coveted seats inside — the food is well worth it.

1131 Folsom Street | Featured on Incredible Italian + All Over the Map

Rocco’s Cafe is named for the head chef’s grandfather, who ran a successful Italian restaurant for more than 30 years at Mission and Geneva. Don Dial is carrying on his legacy, serving up flavorful Italian classics with plenty of personality. Guy Fieri recommends the Bolognese, the chicken piccata, and the linguini with clams and white sauce.

306 Broderick Street | Featured on Global Flavor Faves + From the Heart

If you’re looking for some food with a kick, there’s no better place to try than Nopalito. Everything here is completely homemade down to the last tortilla, and crafted with local and seasonal ingredients. Try the Torta de Chilorio, which is made with hot pork chorizo, queso fresco and bread soaked in adobo sauce.

KoJa Kitchen has reinvented your traditional food-truck sandwiches with Japanese and Korean flavors. Enjoy your chosen combination of short ribs, chicken, pork and a gauntlet of delicious add-ons — all stuffed between crispy garlic rice buns. The food truck has expanded to include nearly 10 brick and mortar locations around town, so find one near you and experience the sandwich revolution for yourself.

This neighborhood favorite has been around for more than 60 years now, serving hot sandwiches with freshly carved meats like turkey, pastrami, brisket, ham and more. Guy Fieri recommends the corned beef, which he says “melts in your mouth.” But we also love the lamb shanks and roasted turkey! 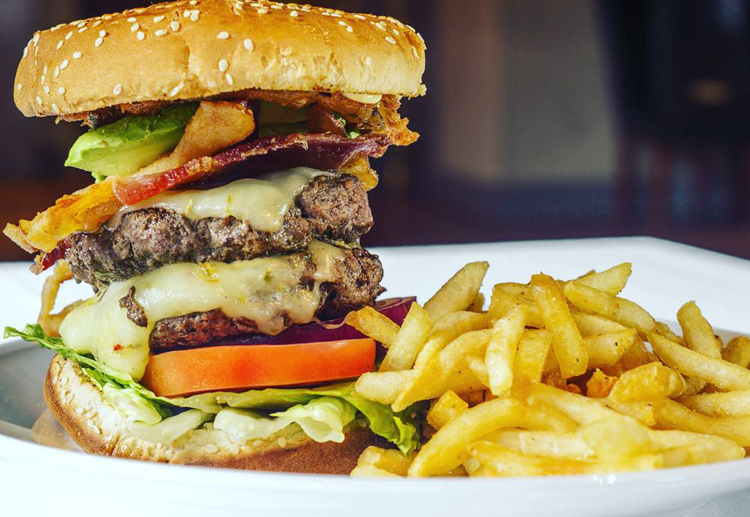 There’s a reason Grubstake was featured on the “One of a Kind” episode of Diners, Drive-ins and Dives — the restaurant is housed in an old, 1927 rail cable car. The normal dinner and late-night menu features monstrous burgers, flavorful milkshakes and New York-style steaks (which you can order daily from 5 pm to 4 am), but you can also experience the delicious comfort food during brunch every Saturday and Sunday starting at 8 am.

Sol Food specializes in the flavors of the Caribbean, serving up authentic Puerto Rican comfort food in colorful digs. Try the Pastelon de Carne, which Guy Fieri adored. The hearty dish is likened to a lasagna with adobo-seasoned beef, garnished with olives and layered over sweet plantains. Find it just over the Golden Gate Bridge in the Mill Valley.

Pier 23 | Featured on Fresh and Funky

This waterfront restaurant boasts fresh seafood, live music and spectacular views! Lounge on the bay-side patio while you soak in the California sun and enjoy fresh, inventive dishes crafted with the best ingredients available. 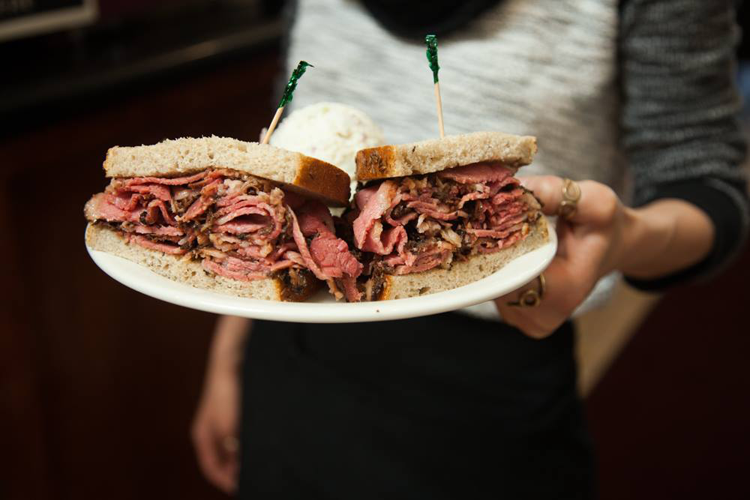 The name says it all — Miller’s East Coast Deli serves up the traditional Polish dishes that abound in the East, and none of the flavor has been lost in the long commute. Dig into a soul-warming matzo ball soups before ordering some latkes for the table (or for yourself).

This festive, family-owned joint serves up classic Puerto Rican and Cuban comfort food in the heart of the Mission District. The establishment has been building on its successful reputation since 1974, and with food this flavorful, there is no end in sight.

65A 29th Street | Featured on Servin’ Up San Francisco

Aptly named, The Front Porch serves up heaping doses of Southern charm alongside traditional country dishes. The funky neighborhood spot is known for its Dr. Pepper short ribs and shrimp and grits, but you can’t go wrong with anything on the menu.

Do you have a favorite comfort food restaurant in San Francisco? Let us know about it in the comments, and follow us on Instagram to see some of our other favorites!