Marin County’s average sales price bounced back in Q1 2018 after steadily declining since Q2 2017. The county’s $1.637 million average price was up 4 percent year-over-year and 8 percent from the previous quarter. It also marked the second highest benchmark recorded in the last 10 years. 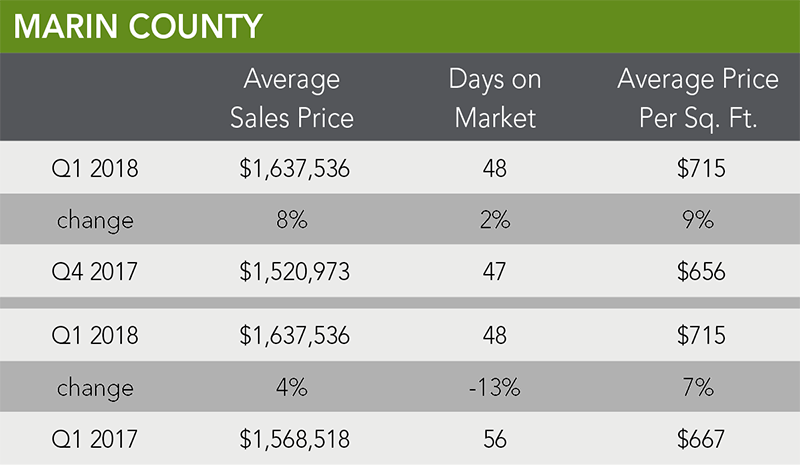 Marin County’s 352 home sales this quarter represented a 6 percent rise from Q1 2017, but a 30 percent drop from Q4 2017. That said, this seasonal shift in sales activity — from the end of one year to the start of the next — has been the case in Marin County since 2008. The county’s average 48 DOM was 13 percent faster than the previous year. 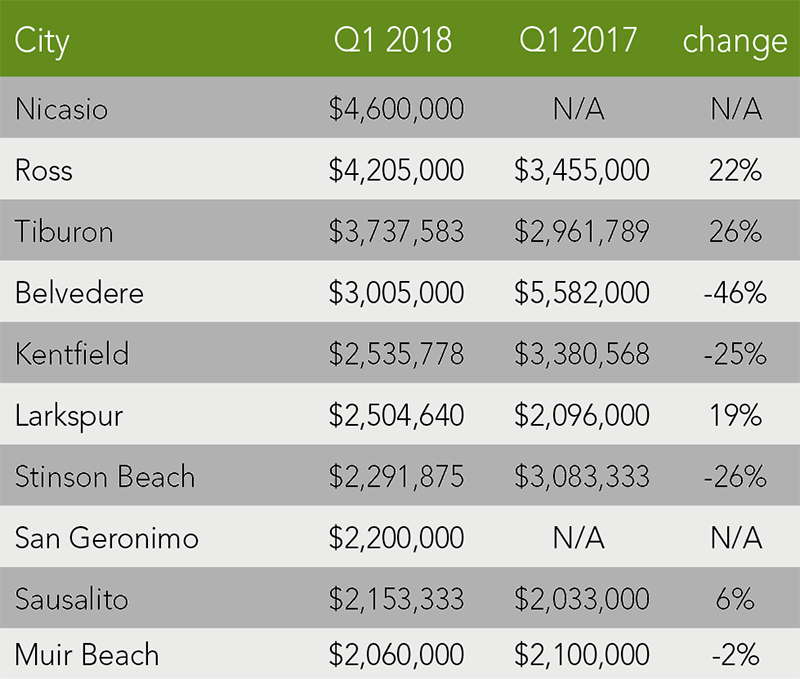 AVERAGE SALES PRICE BY CITY – THE TOP 10
Tiburon’s average sales price rose to $3.74 million in Q1, up 26 percent from the previous year. Annual price gains of 26 percent and 19 percent were seen in Ross and Larkspur, respectively, reaching $4.205 million and $2.504 million this quarter. 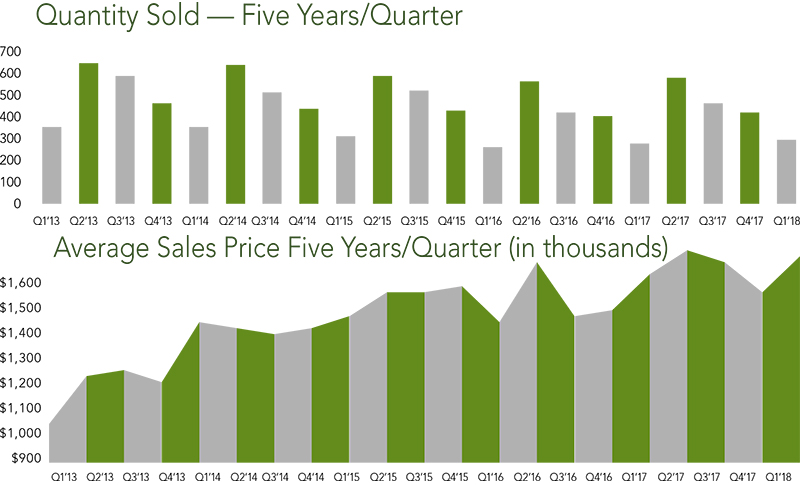 At $779,074, Contra Costa County’s average sales price was the most affordable of all Bay Area counties this quarter. However, that’s not to say that the average price point here doesn’t remain on an upward trajectory — up 8 percent from Q1 2017 — when the average home sold for $718,957. Contra Costa County continues to be an attractive and accessible...

May 1, 2018
Read Post
This was the second time in market history that San Francisco’s average sales price for single-family homes topped the $1.9 million mark — surpassing the previous 10-year record high set three months earlier in Q4 2017. At $1.961 million, the city’s average sales price for the first quarter was an 11 percent increase from the $1.761 million posted a year...