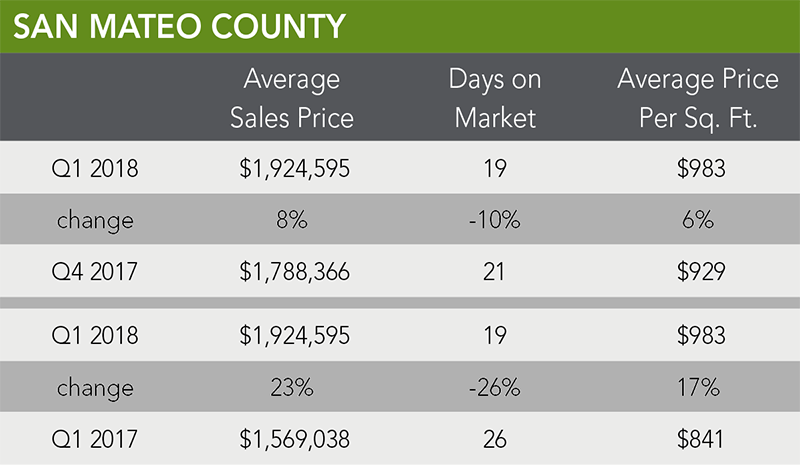 San Mateo County saw faster turn-around times this quarter than it has in a while. Homes sold on average after just 19 DOM, moving along 26 percent faster than the year before, and 10 percent quicker than Q4 2017. The $1-2 million price category accounted for 55 percent of all homes sold in the Mid-Peninsula for Q1 2018. 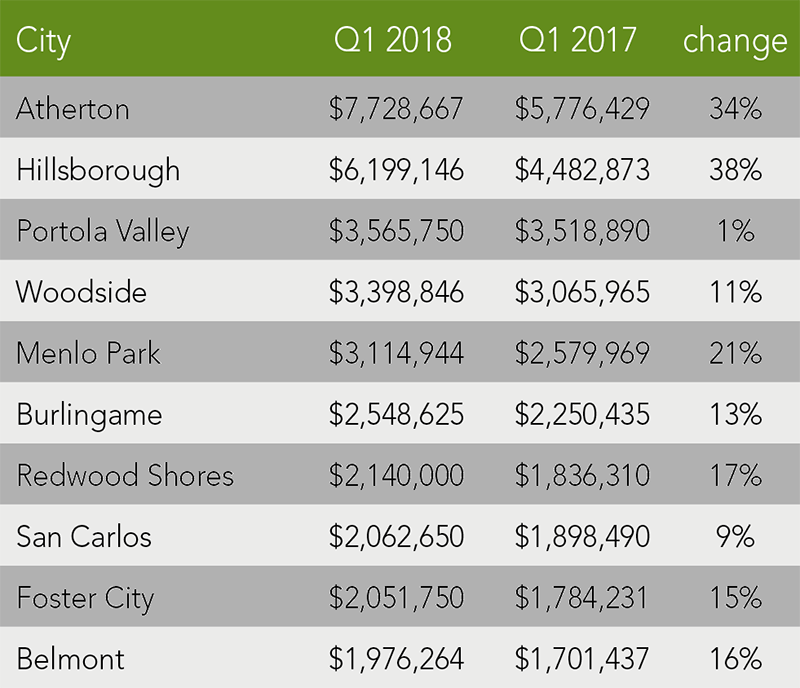 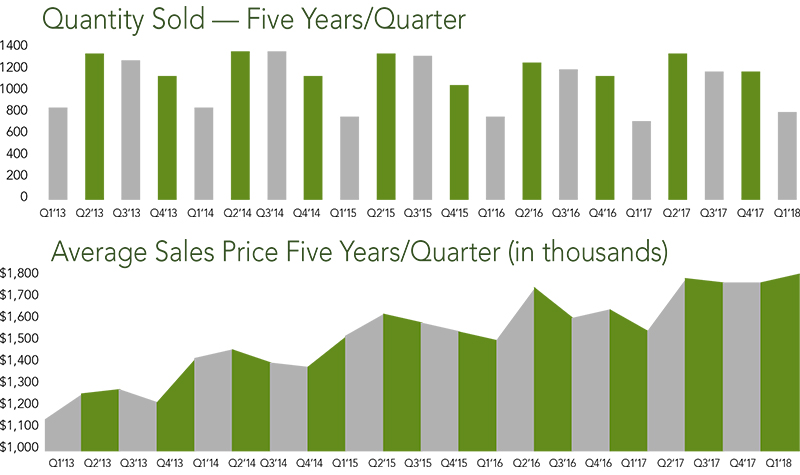 SALES PRICE CHANGE
Properties that required no price change netted 13 percent on top of the initial asking price. Alternatively, price reductions were felt the hardest in the Mid-Peninsula, selling for 13 percent under the original list price.

The average home in Alameda County sold for $960,146 during the first quarter of this year. That figure resulted in a 9 percent rise year-over-year and was just 2 percent shy of the county’s 10-year record high that took place in Q2 2017. Alameda County had the second highest number of transactions in the Bay Area with a total of 1,785 homes sold this quarter,...

May 1, 2018
Read Post
Sonoma County may have been the most affordable in the North Bay region, but this quarter was still marked by setting another record high average sale price for the third consecutive quarter. The county’s average sales price of $842,262 was the highest recorded in the past 10 years — resulting in a 14 percent increase from Q1 2017 — and 6 percent above the...