Sonoma County may have been the most affordable in the North Bay region, but this quarter was still marked by setting another record high average sale price for the third consecutive quarter. The county’s average sales price of $842,262 was the highest recorded in the past 10 years — resulting in a 14 percent increase from Q1 2017 — and 6 percent above the previous record set in Q4 2017. 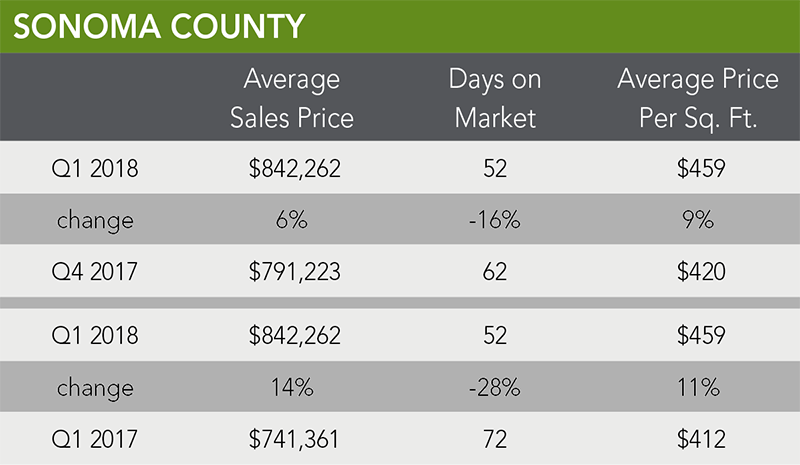 Sonoma County’s sales volume was also up 8 percent year-over-year with 881 homes selling this quarter. An ongoing steady demand for the area also led to homes selling much more quickly this quarter, at an average of 52 DOM, this was 28 percent faster than the previous year. 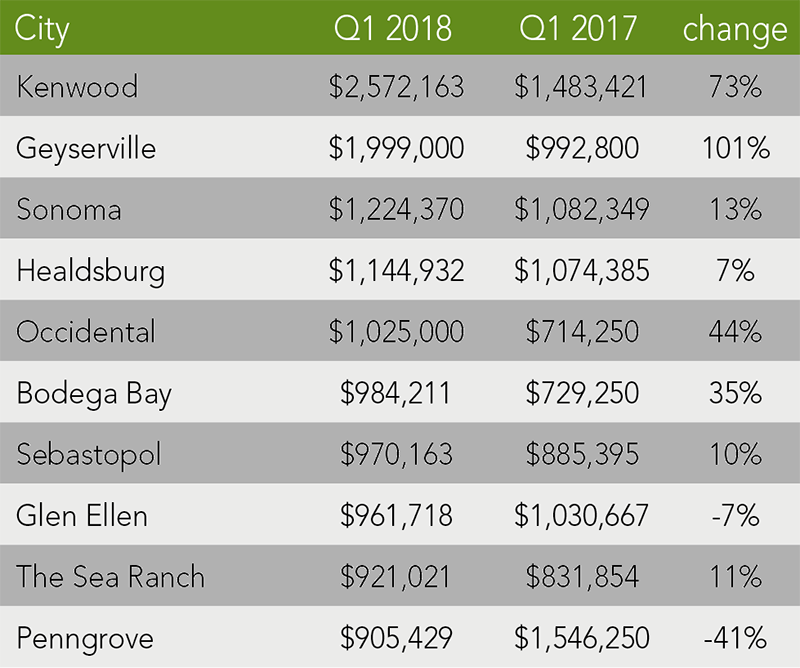 AVERAGE SALES PRICE BY CITY – THE TOP 10
At $2.572 million, Kenwood’s average sales price was not only the highest in the county but also up 73 percent from last year. However, Geyserville had the biggest year-over-year jump in price, with its $1.999 million average increasing by 101 percent from $992,800 in Q1 2017. 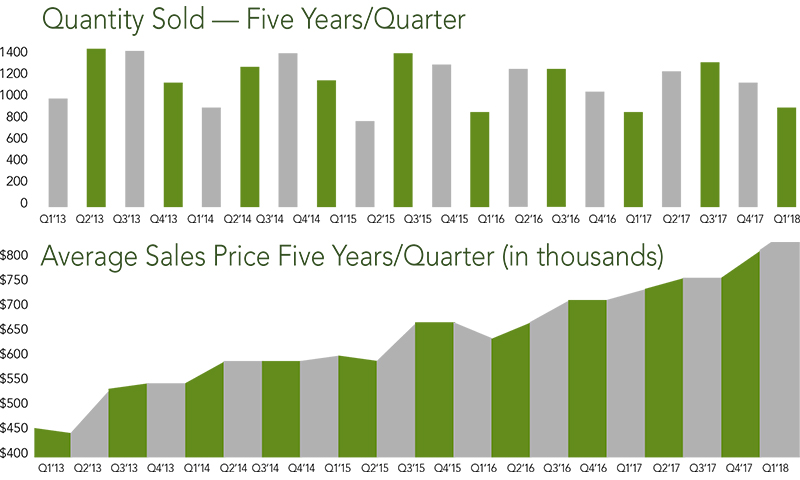 SALES PRICE CHANGE
Sellers priced high, but also within reason of market demand. As such, homes that required no price changed sold at 2 percent above initial list price, while buyers who tested the market netted 90 percent of their initial asking price.

May 1, 2018
Read Post
This was the second time in market history that San Francisco’s average sales price for single-family homes topped the $1.9 million mark — surpassing the previous 10-year record high set three months earlier in Q4 2017. At $1.961 million, the city’s average sales price for the first quarter was an 11 percent increase from the $1.761 million posted a year...