In any world-class foodie city, you’ll find countless destinations serving up outstanding cocktails. So, it takes a little something extra to stand out from the crowd. Here in San Francisco, we can certainly call ourselves a world-class foodie city and, as such, we’re home to some of the best cocktail bars in the world. But with new options popping up every month, it can be hard to narrow down the options.

To help you on your cocktail tour of the city, we created a cocktail bar bucket list featuring the essential stops in San Francisco. How many can you check off the list? 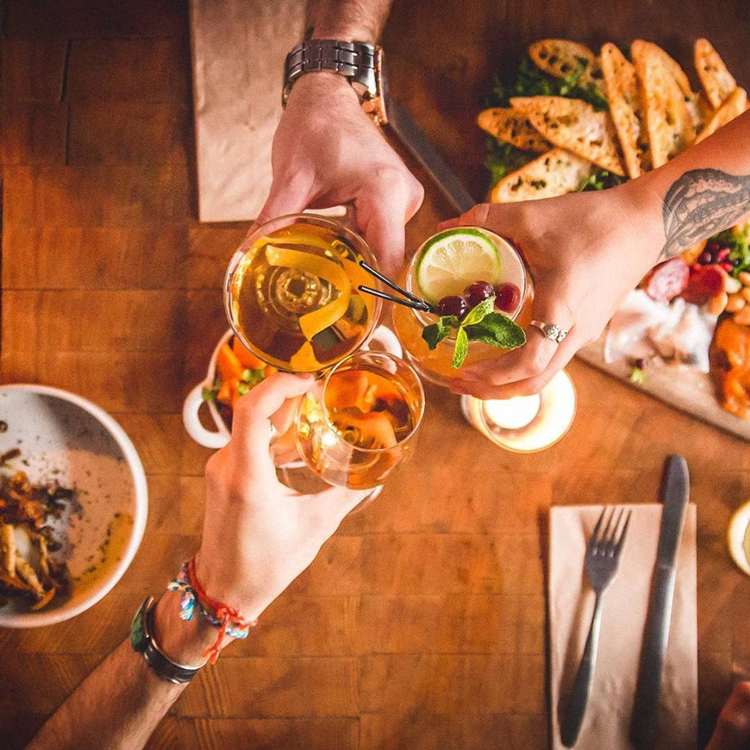 Once home to The Basque Hotel, the team behind 15 Romolo honors the legacy of the historic hotel through both food and drink — and they’ve been doing so since 1998. Whether you need to decompress, celebrate or catch up with your friends at brunch, this local favorite has the perfect atmosphere and the perfect cocktail. On the rotating menu, you’ll find classics like The Pimm’s Cup alongside innovations like Trainspotting, a cocktail made with coconut-infused, 10-year single malt whisky, amontillado sherry, Drambuie and bitters. 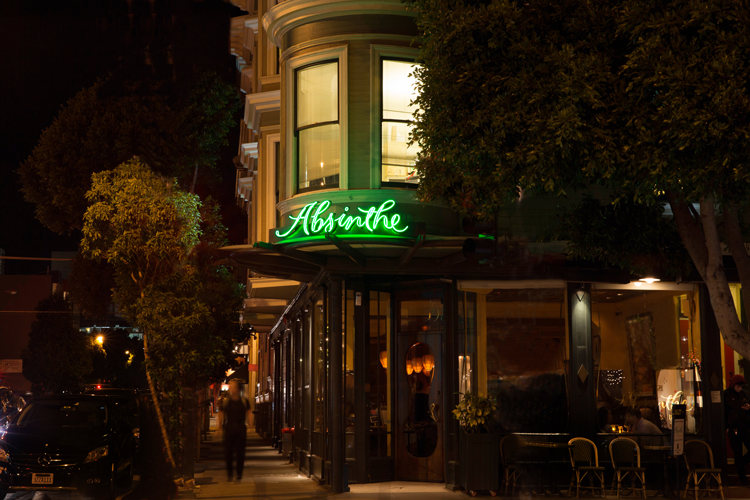 Located in the heart of Hayes Valley, Absinthe has become one the city’s most beloved and longest-running dining institutions over the course of 20 years. Along with a food menu of French brasserie fare, you’ll find an inspired selection of classic cocktails and house creations. One of our favorites is the Gypsy Tea Party made with green tea vodka, lime and black peppercorn. 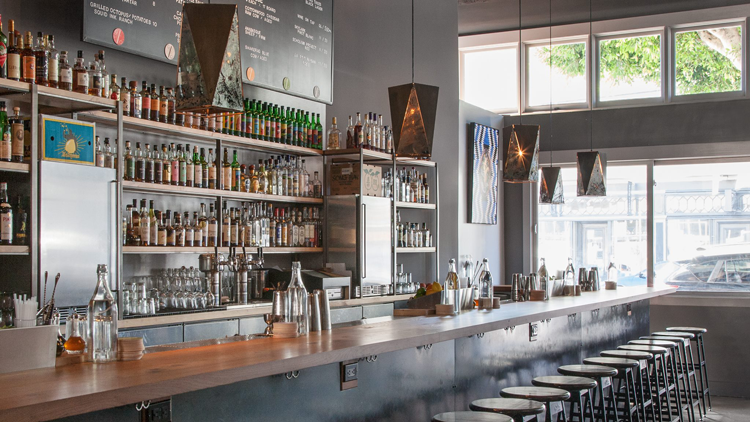 You’ll find this neighborhood bar on just about every San Francisco cocktail round-up for a very obvious reason: they undoubtedly serve some of the best drinks in the city. House cocktails include an impressive lineup of whiskey, rum, brandy, agave, gin and vodka options alongside beers on tap, wines on tap, ciders and several virgin mocktails as well! Order yours with the Chile Verde Pork Tacos and you’ll understand the hype.

The Alembic is one of the city’s original craft cocktail emporiums and has been a noteworthy food and drink destination for more than a decade. In May 2018, the bar reopened with new owners Mikha Diaz of Two Sisters Bar and Books, and Christin Evans of Booksmith and The Bindery. Staying true to The Alembic’s legacy identity, they revitalized its traditions and added a few new ones, including books!

This contemporary tavern has a cocktail menu that celebrates the rich tradition of farmhouse distilling, and a food menu with ingredients sourced from local organic and biodynamic farms. Though the food menu changes daily and the drink menu rotates regularly, you’ll always find a refreshing blend of classics and new creations. 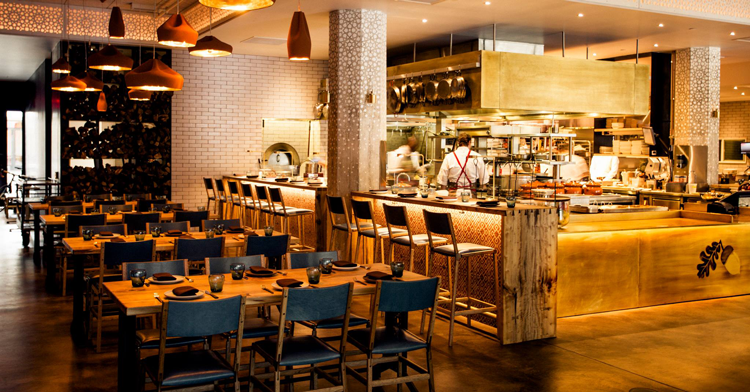 Because Bellota comes from the same team behind Absinthe Brasserie & Bar and Comstock Saloon, it’s easy to see why it makes our cocktail bucket list. Directed by Jonny Raglin, the cocktail menu features Spain’s cocktail of choice, gin tonic, as well as barrel-aged cocktails, sangria, and other Spanish-inspired bevvies.

To keep the story of Benjamin Cooper brief, he was a Bronx-born scholar, gambler, husband and father who eventually operated one of the city’s most beloved cocktail and oyster bars, Frank’s. Today, the bar of the same name pays tribute to the life and times of Benjamin Cooper by continuing his legacy of generosity, adventure and dedication to fine spirits. That means you can get outstanding oysters at Benjamin Cooper — and even better cocktails!

This modern and rustic neighborhood bar is the place to go for lounge atmosphere, creative cocktails, craft beer, happy hours and pool. While lounging in comfy seats or sitting at the long mahogany bar, you can get wines by the glass, artisanal craft beers, oak-aged cocktails and seasonal creations.

Of all the speakeasies in the Bay Area, Bourbon & Branch is probably the most renown — though it still somehow manages to maintain a sense of exclusivity. Inside the already covert bar, there are even more hidden rooms with completely different menus. The Library and The Main Bar are the most accessible, but if you explore a bit further, you’ll find Russell’s Room, Wilson & Wilson, and The Ipswitch. 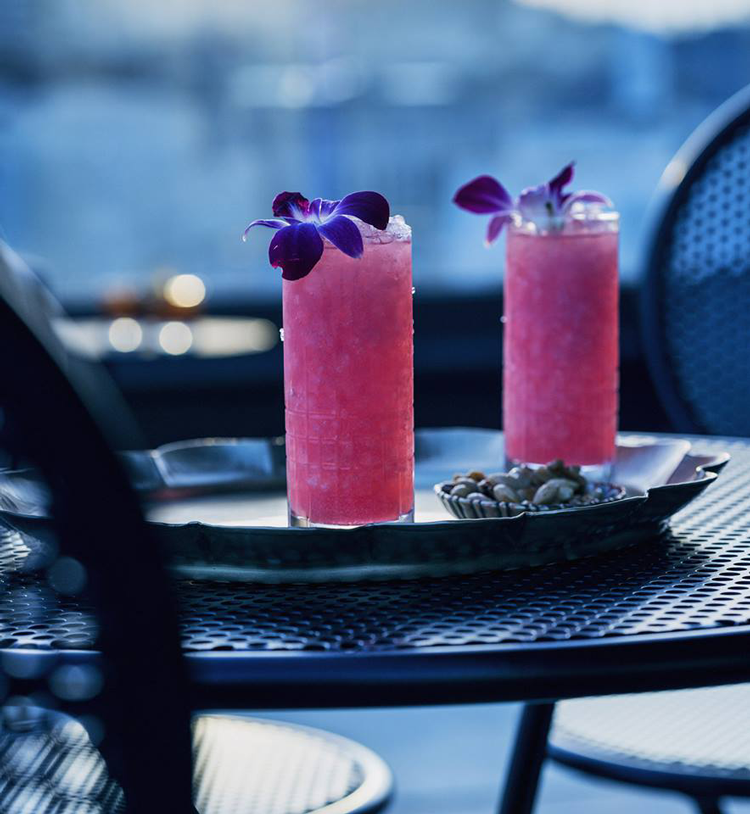 Charmaine’s is a rooftop bar and lounge that combines California culture with European terrace atmosphere — and it’s all 120 feet above Market Street. Each handcrafted cocktail features vibrant flavors, original combinations and unique ingredients. So order yours, get a plate of shareable snacks and snag a spot around the firepit! 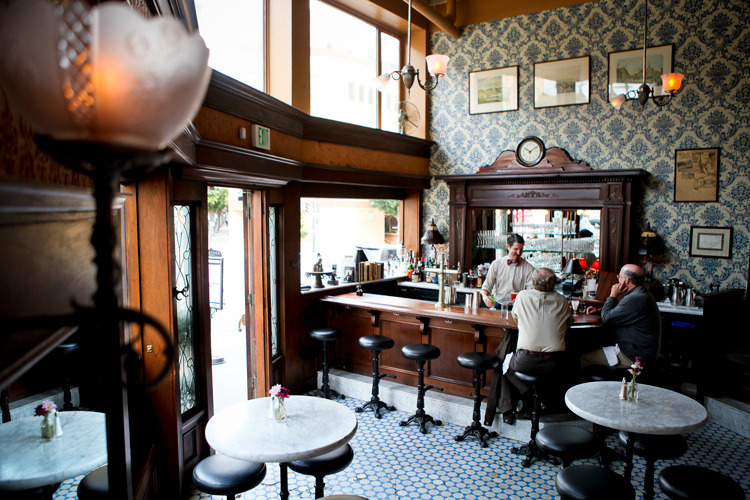 Photo courtesy of The Absinthe Group

Comstock Saloon comes from the team behind other San Francisco favorites like Bellota and Absinthe, so you’re already guaranteed an outstanding cocktail and meal. In addition to upscale dinner items like fresh oysters, Caviar Puffs and Grilled Octopus Corn Dogs, you also get live music every single night — and there’s never a cover! So stop by Comstock next time you want to hear a little jazz, and don’t skip the cocktail list.

Inspired by the historic Barbary Coast, the main bar program at The Devil’s Acre celebrates the combination of saloon keeper and pharmacist. Because the atmosphere is so unique and the cocktails are so good, reservations are recommended; you can make those through the website here. And while you’re there, see if you can get into the Remedie Room, a private event space and speakeasy. 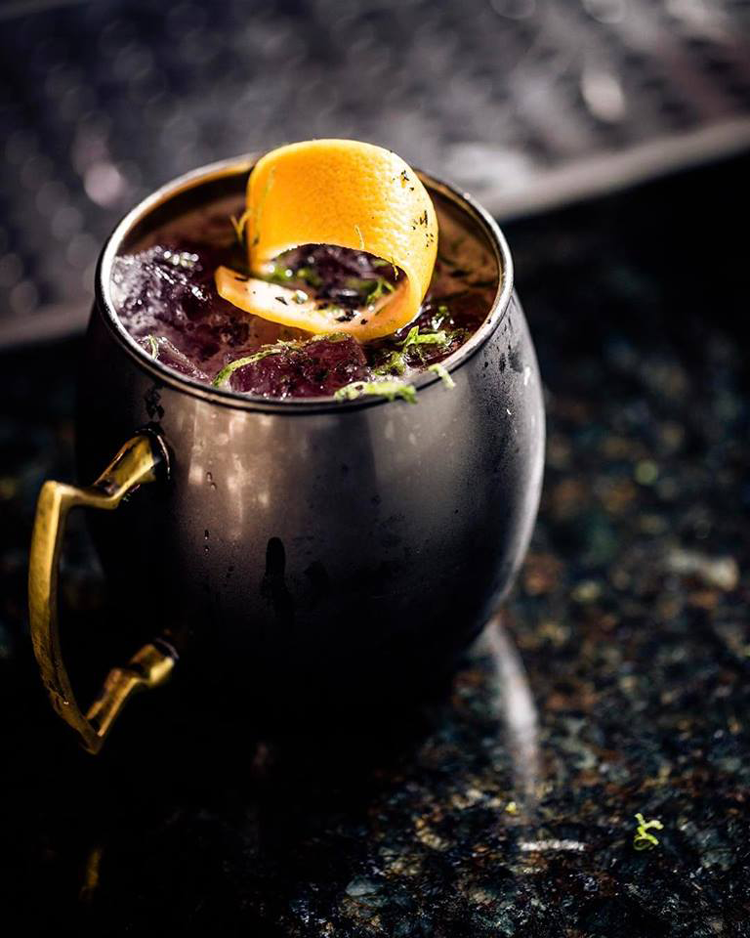 Photo courtesy of The Douglas Room

Founded by Mo Hodges and Brian Felley of Benjamin Cooper, The Douglas Room offers a high-energy, social bar scene and handcrafted cocktails. The seasonal beverages focus on craft spirits, local produce and liqueurs from around the world. Paired with gourmet bar snacks like Duck Confit Wings and a Portobello Burger, this Tenderloin bar will soon be your new favorite.

A project of The Slanted Door Group, Hard Water is an American whiskey bar with one of the biggest and deepest collections in the world. But that’s not all! Their impressive and stunningly displayed whiskeys are paired with New Orleans–inspired dishes. Influenced by local ingredients, you’ll find seasonal items like a Soft Shell Crab Po’Boy, a Spicy Fried Chicken Sandwich, Boudin Balls and Bourbon Cherry-Glazed Pork Ribs.

If you’ve been praying for a good cocktail, Holy Water is the place to be. The relaxed tavern atmosphere is elevated by decanters doubling as light fittings, chandeliers made out of old books, a cloud-covered ceiling, and religious murals. Though the cocktail list is compact, every option on it is worth a taste. 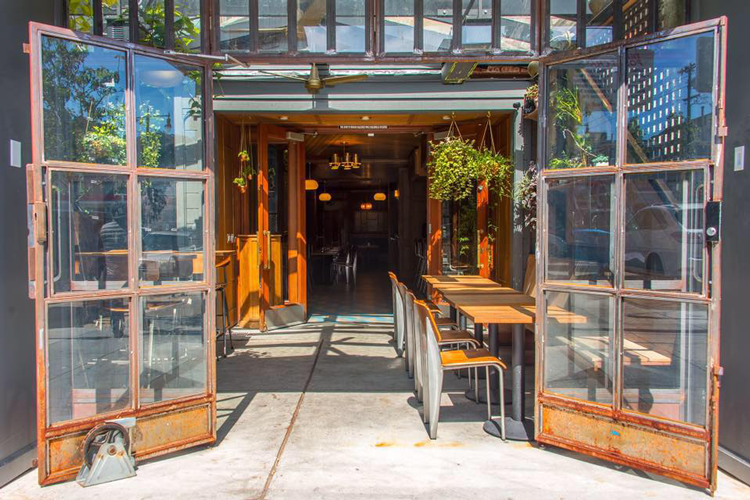 Thanks to the American craft decor, the artisan food and the well-executed cocktails, this charming bar will quickly become one of your San Francisco favorites. Each signature cocktail on the seasonal menu has a modern, unexpected twist. Take, for example, the El Comandante: a cocktail made with Santa Teresa 1796 solera rum, whiskey, molé chocolate liquor, lo-fi gentian amaro, bitters, lime and a dehydrated lemon. Yum!

The Interval at Long Now | Marina

Housed inside The Long Now Foundation, one of the city’s most interesting museum organizations, The Interval offers craft cocktails accompanied by salon talks, a floor-to-ceiling library and mechanical prototypes. Their historic drinks pay homage to serious mixology and cultures from all over the world. See the menu here.

Nopa often makes lists of San Francisco’s best restaurants, but their farm-to-table approach goes further than the plate. Their thoughtful, straightforward cocktails are prepared with the same care and local ideals that drive the menu and the atmosphere at Nopa. Though the cocktail list — like the food menu — changes regularly, you’ll always find creative mixes, including beer cocktails, classic beverages and an impressive list of wines.

Rickhouse has a bit of everything: artisan cocktails, fine spirits, local beers and boutique California wines. And it’s all housed in a warm, rustic and dimly lit space. The design is inspired and built from old whiskey barrels, staves and original charred brick that dates before the 1906 earthquake. And the cocktails are driven by fresh, local produce, as well as whiskeys and spirits from around the world. 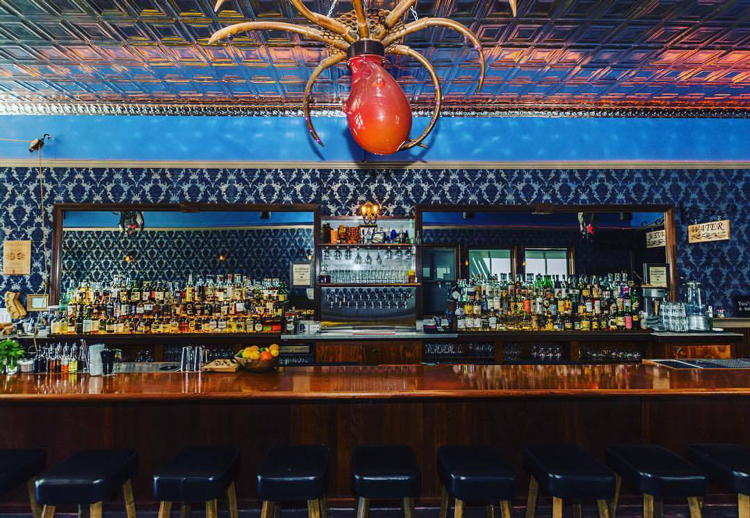 Photo courtesy of The Sea Star

San Francisco Chronicle Bar Star Alicia Walton directs the bar program at The Sea Star. And with her at the helm, they’ve become one of the city’s best cocktail destinations. The options range from innovative house cocktails to draft cocktails. With 14 rotating craft beer taps and several locally-made bar snacks available, they have everything you need for an excellent afternoon in Dogpatch.

You’ll find Smuggler’s Cove on most San Francisco cocktail roundups thanks to its one-of-a-kind tiki bar atmosphere and, of course, the cocktails. In fact, since the bar opened its doors in 2009, it has become one of the top rum and exotic cocktail destinations in the entire world! Featuring the largest rum selection in the United States, housemade ingredients and fresh citrus juiced in-house daily, their cocktail list includes more than 80 exotic and traditional recipes. 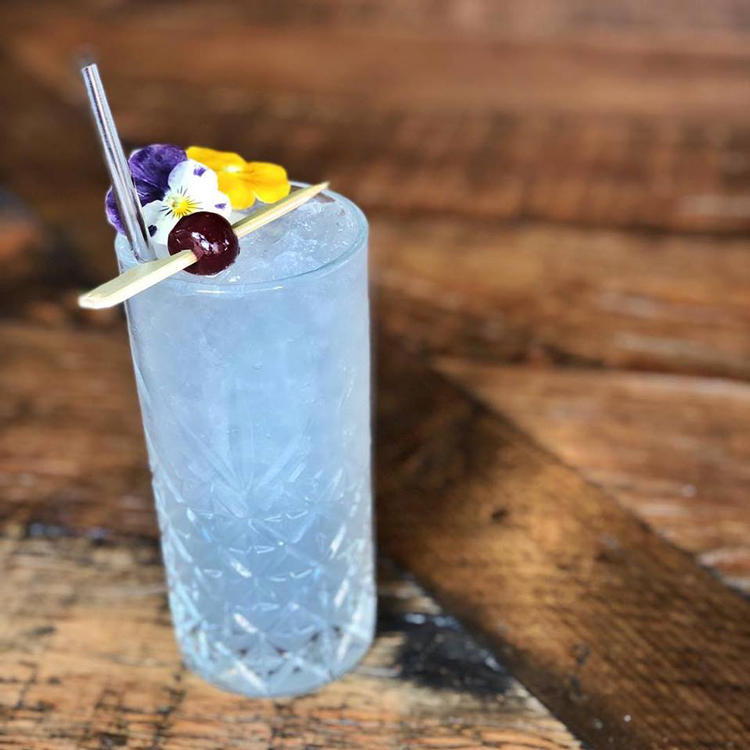 Photo courtesy of The Snug

The story of The Snug begins in 2017 with four friends who wanted to share their passion for great food, strong drinks and the best beer California has to offer. All offered inside one of the city’s coziest settings, this new kid on the block is a must-try! Preview the drink menu here and you’ll understand why.

Housed inside a converted warehouse, Trick Dog is an unpretentious cocktail bar with world-class beverages. In fact, their menus have snagged the Tales of the Cocktail Spirited award for the world’s best — and it’s not just because of the drinks! Every six months, the team releases a new menu and every time it looks like anything but a cocktail menu. Past examples include a kid’s book called What Rhymes with Trick Dog?, paint swatch books and Chinese restaurant menus.

From the same team behind Smuggler’s Cove, Novela and other San Francisco favorites, Whitechapel offers a cocktail menu of concoctions you’ve never heard of with crafted comfort food meals you’ll crave. But that’s not all! This underground bar was named on our blog post, 7 Beautifully Designed Restaurants in San Francisco + What to Order at Each. So while you’re sipping one of the best gin cocktails you’ve ever tasted, you’ll be doing it amongst jaw-dropping decor too!

This Mission cocktail den is all about glamor. Floral wallpaper, copper ceilings, green suede lounge chairs and zebra-print stools set the scene while scratch-made cocktails set the taste. Though the menu focuses heavily on vermouth, you’ll find cocktails, beers and wines to suit every inclination — and stand-out service to match!

Where do you sip in San Francisco?

Give your favorite cocktail bar a shoutout in the comments below — even if it’s not on our list!