The ABCs of San Francisco: Everything You Need to Do in the City from A to Z

Oh, San Francisco. Our hometown is bustling with tourist attractions, historic tours, world-famous restaurants, landmark parks, and sights you can only find in SF. The long list of things to do can be overwhelming for a local — let alone someone who is just visiting for a few days.

To make sure you hit everything on the must-see list, we rounded up the essentials from A to Z. If you’ve seen all of these, then you have a pretty good idea of just how diverse, how beautiful and how lovable our City by the Bay really is. 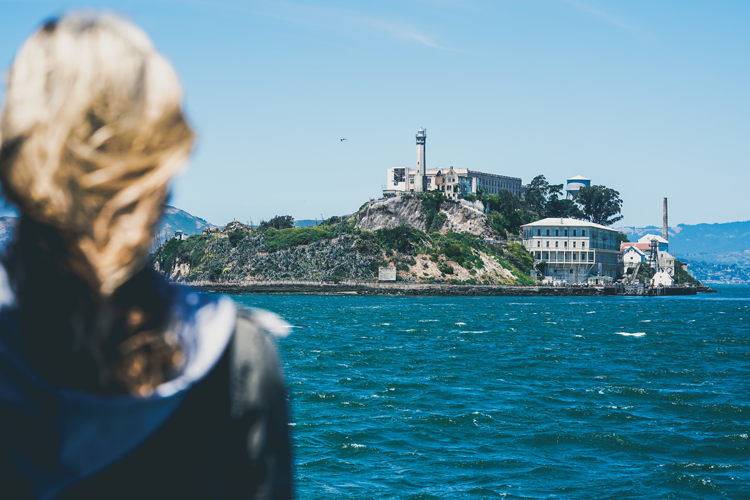 Alcatraz is at the top of most tourists’ to-do lists and that’s not just because it starts with an A. Just over one mile offshore from San Francisco, this island is home to one of the most historic and famous prisons in American history. You can view it from the shores of the city or take a ferry across the water and tour the island!

B: Bourbon and Branch

Though it’s operated in speakeasy style and is still veiled in an aura of mystery, Bourbon and Branch has quickly become one of the city’s most famous cocktail bars. Designed to portray the actual speakeasy that was operated in the same location during the 1920s, this is a must-visit (as long as you can follow the house rules).

If you didn’t ride a cable car, did you even go to San Francisco? A National Historic Landmark, the San Francisco cable car system is the world’s last manually operated system of its kind. On the way, you’ll get an unforgettable ride and unforgettable views. You can get more information on riding courtesy of SFMTA. 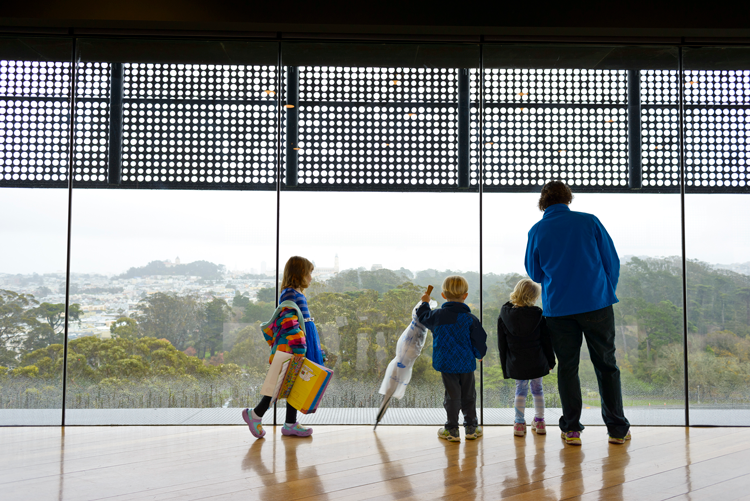 Photo courtesy of the Fine Arts Museums of San Francisco

de Young is a landmark art museum that houses collections encompassing American paintings, sculptures and decorative arts, modern and contemporary art, art from Africa, Oceania and the Americas, and textile arts — and it has for more than 100 years! Be sure you make your way all the way up to the Hamon Observation Tower which offers 360-degree views of the city.

The Ferry Building Marketplace is one of the best indoor marketplaces in the country. Inside, you’ll find local shops like Heath Ceramics, The Gardener and beekind, quick eats from Biscuit Bender, Cowgirl Creamery’s Artisan Cheese Shop and Sōw Juice, sit down restaurants like Mijita, Hog Island Oyster Co. and Boulettes Larder, desserts from Miette Patisserie, Recchiuti Confections and Humphry Slocombe and so much more.

This was, obviously, a hard choice. San Francisco is also home to Ghirardelli Square and the Golden Gate Bridge, but the attractions of Golden Gate Park are far too strong to skip it. The urban park consists of 1,017 acres of public grounds that house the Conservatory of Flowers, de Young Museum, California Academy of Sciences, the San Francisco Botanical Garden, the Herschell-Spillman Carousel and so much more! For more details, check out the Golden Gate Park Guide courtesy of SF Rec & Park. 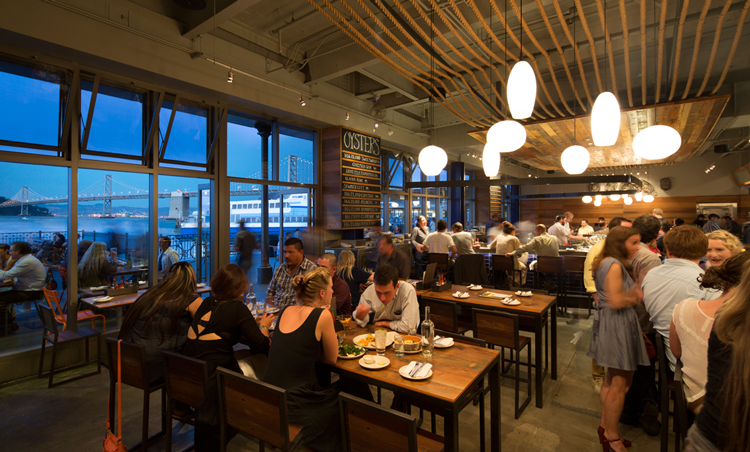 Hog Island Oyster Co. hand raises and shucks every oyster, mussel and clam at their Tomales Bay farm in Marshall, then prepares the food in Bay to Bar fashion inside the San Francisco Ferry Building. Dining in the same home as the Port of San Francisco, you can watch ferries come and go while taking in views of the water and the stunning Bay Bridge.

Located inside Golden Gate Park, the Japanese Tea Garden is the oldest in the United States. Paying homage to the traditional Japanese art of the garden, its three and one-half acres are home to a lush landscape of Japanese maples, twisting pines, azaleas and cherry trees that put on a spectacular show in the spring.

Inside Union Square’s Parc 55 hotel, Kin Khao is a landmark restaurant owned and operated by food blogger and restaurateur Pim Techamuanvivit. Using seasonal produce and sustainably raised or caught meats and seafood, the menu is driven by traditional Thai cuisine and is one of the most popular in the city right now. 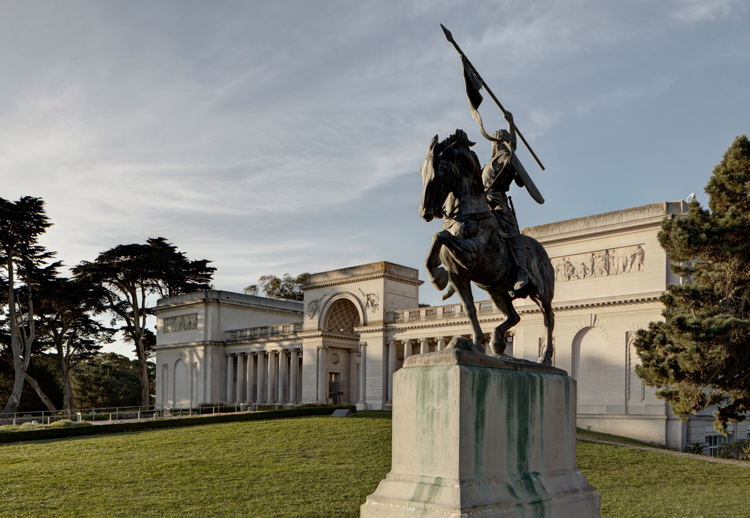 Referred to as San Francisco’s most beautiful museum, the Legion of Honor displays 4,000 years of ancient and European art in an unforgettable setting overlooking the Golden Gate Bridge. Designed in Beaux-arts style, the building was built to commemorate Californian soldiers who died in World War I and is a work of art on its own.

Made famous by its debut in The Princess Diaries, Musée Mécanique is a quirky museum on Fisherman’s Wharf where you can actually play with the exhibits! It’s home to one of the world’s largest privately-owned collections of coin-operated mechanical musical instruments and antique arcade machines in their original working condition.

While you should definitely explore the entire neighborhood that is NoPa (or North of the Panhandle), the Nopa we’re referring to here is the restaurant. Known for its farm-to-table fare, artisan cocktails and beautiful, open-air design, it’s one of San Francisco’s essential eateries. 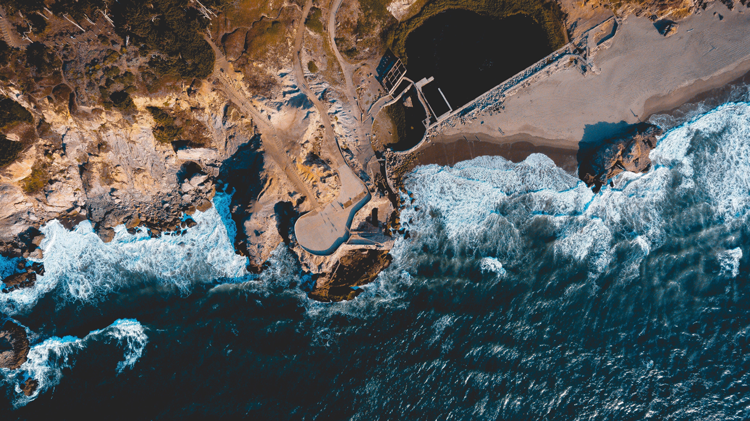 Ocean Beach covers the west coast of San Francisco. With the Pacific Ocean to one side, you’ll also find quick access to Golden Gate Park, the Richmond District and the Sunset District. Bordering the south end, you’ll find Fort Funston and, on the north end, you can explore the Sutro Baths and Lands End!

Pier 39 is the most popular pier in Fisherman’s Wharf and probably in all of San Francisco. In addition to street performers, the famous sea lions and the San Francisco Carousel, you’ll encounter attractions like Magowan’s Infinite Mirror Maze, the musical stairs and Aquarium of the Bay. 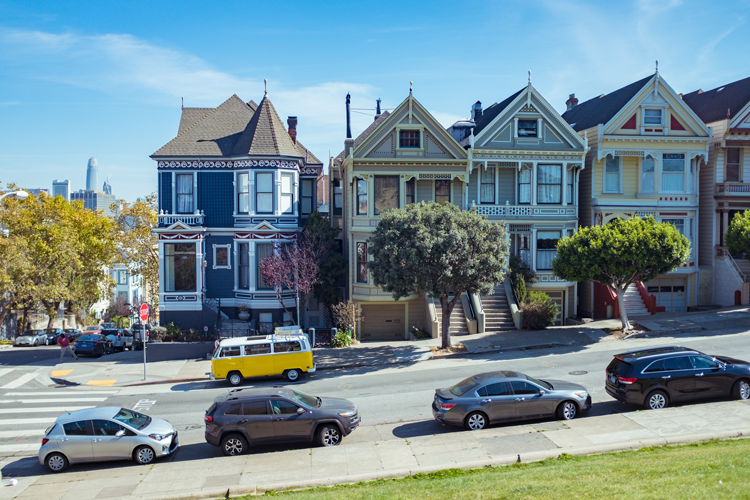 Queen Anne Victorian is the style of home most people associate with San Francisco. When you’re touring the city to see its now iconic homes, the Queen Anne style can be seen in some of the city’s most famous spots, including the Painted Ladies!

Based in the city with six cafes in San Francisco and Napa, Ritual Coffee Roasters is a local favorite for great coffee, café fare and bright, welcoming atmosphere. 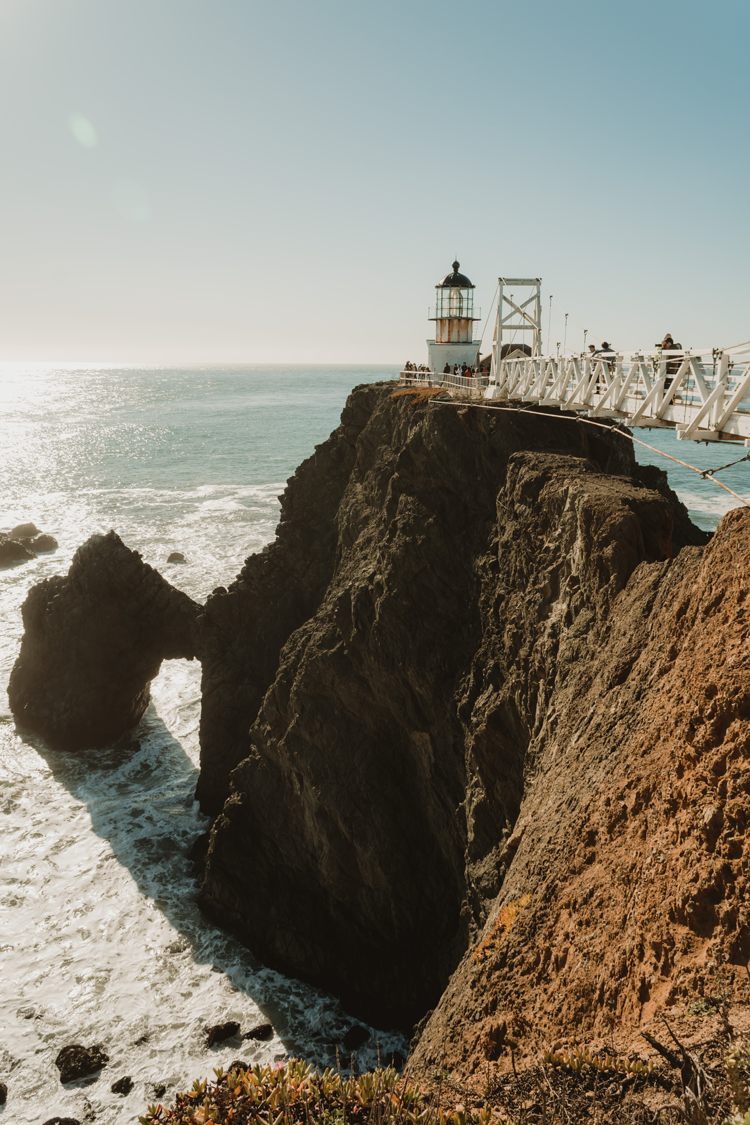 If you’re spending time in San Francisco and you don’t take a ferry over to Sausalito, you’re seriously missing out. This offers the combined experience of exploring one the Bay Area’s most charming towns and seeing the sights of the San Francisco Bay atop the water! Check out the schedule and details for the Golden Gate Ferry here.

Evolved out of the now famous Tartine Bakery, Tartine Manufactory is a wine bar, a restaurant, a coffee shop, a bakery, a cafe and an ice cream shop! It’s an essential stop in San Francisco.

One of the most visited neighborhoods in San Francisco, Union Square is the city’s hub of commercial retail, art galleries and upscale hotels. In the area, you’ll find Bourbon and Branch for cocktails, Martin Lawrence Galleries for art and the American Conservatory Theatre for live performances. 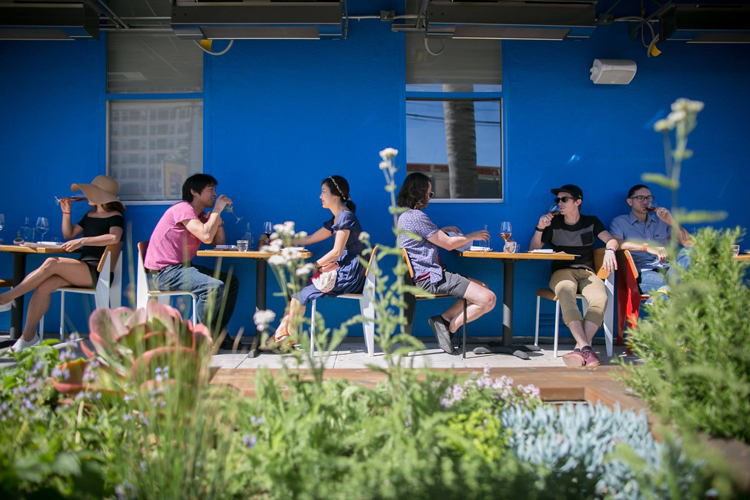 Valencia Street runs parallel with Mission St. making it the headquarters of some of the best and most famous eats in the city. The long list of Valencia St. hotspots includes Craftsman and Wolves, Dandelion Chocolate, Boba Guys, Beretta, Loló and Al’s Place. Pictured above, Al’s Place is the Mission destination for seasonal, approachable Northern California cuisine. And thanks to their bright blue exterior, you won’t miss them along Valencia.

Located in the Presidio, this nonprofit organization and museum celebrates the life of Walt Disney and his transformational entertainment, animations and stories. The Walt Disney Family Museum is the perfect destination for families and anyone who loves Mickey Mouse, Donald Duck, Goofy and the gang! 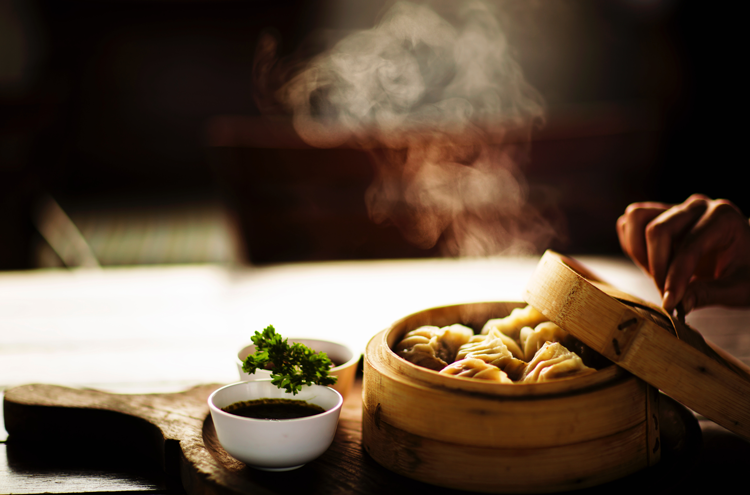 Xiao Long Bao isn’t just one of Inner Richmond’s best foodie spots. It’s actually a style of soup dumpling filled with meat and broth and often served at dim sum restaurants. Dim sum is a Bay Area favorite and one of the must-try meals while you’re in the city. San Francisco hotspots include Yank Sing and China Live. For a full list, check out The 14 Best Local Spots for Dim Sum in San Francisco.

This landmark café earned the James Beard Foundation Award for Outstanding Restaurant in 2003 and has been a consistent success ever since. The Italian and French-inspired menu at Zuni Café changes daily and is driven by seasonal, organic ingredients.

Do you have a different suggestion for any of these letters? Let us know in the comments below!