With more than 25 neighborhoods and 55,000 residents, San Rafael is the oldest, largest and most culturally diverse city in Marin and also boasts some of the region’s best weather. Over the decades, the community has combined its revitalized downtown district, college atmosphere, film and technology sector, artistic culture and outdoor activities into a one-stop-shop community that is both serene and stimulating, spacious and convenient.

If you need more information before you agree that San Rafael is one of the Bay Area’s most charming, interesting and bustling communities, keep reading.

1. It’s literally one of the best places to live in the country.

In 2018, San Rafael landed on the Livability 2018 Top 100 Best Places To Live and ranked in the top 30. The ranking process involved nearly 2,300 cities that were scored on more than 40 data points that measured economics, housing, amenities, infrastructure, demographics, social and civic capital, education and healthcare. The Livability team called San Rafael, “An upscale, vibrant city where the median household income is more than $80,000.” And they went on to describe it as a community strong in education, technology and tourism.

2. It’s the heart of Marin County.

San Rafael is the county seat of Marin County and the region’s largest city. At over 55,000 people, it has a combined culture that includes a revitalized downtown district, a college atmosphere, a lively film and technology sector, a characteristic artistic culture and plenty of outdoor activities.

As a result, the community boasts some of the best of the Bay Area and has had local businesses featured on guides like The Bay Area’s 13 Best Artisan Coffee Roasters, 15 Must-Visit San Francisco Restaurants That Have Been Featured on Diners, Drive-ins and Dives, Award-Winning Bay Area Breweries You Have to Try and The 20 Best Vegan and Vegetarian Restaurants in the Bay Area.

3. The economy is booming. 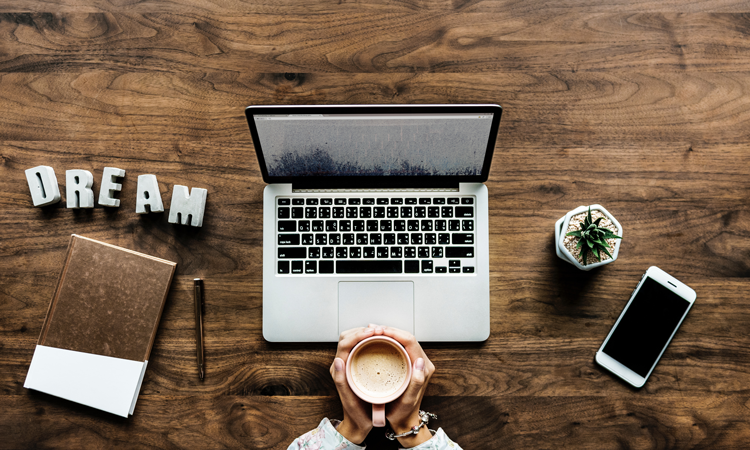 As we mentioned, San Rafael is famous for its thriving film and technology sector. This is thanks in large part to George Lucas who founded LucasFilm Ltd. here in 1971 and Industrial Light & Magic in 1975—bringing both the entertainment and high-tech industries to the city.

And even outside of film and tech, San Rafael can claim a strong economy. According to the San Rafael Chamber of Commerce, the city boasts a median household income of $91,400 which is almost $10,000 more than the Marin median. And Forbes ranked the city on The Best Small Places For Business And Careers which measured each city’s cost of business rank, job growth rank and education rank.

We also named San Rafael on our guide, The 10 Hottest Bay Area Neighborhoods for Young Professionals.

4. The education is top notch. 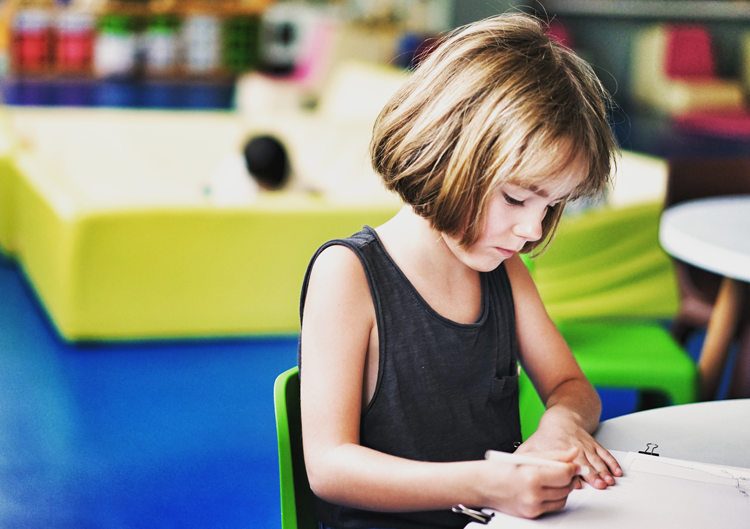 In the Forbes ranking, The Best Small Places For Business And Careers, San Rafael is ranked number one out of 200 cities on the list in the education rank category.

And parents and children in the community have their pick between both public and private educations. San Rafael City Schools is a district comprised of eight elementary schools, two middle and three high schools. Mark Day School, Marin Academy and Saint Raphael School provide excellent services for those choosing the private route. And the Dominican University of California and Ali Akbar College of Music are located in San Rafael, too.

On GreatSchools, eight of the city’s schools are ranked at six or higher and, looking at demographics, more than 38% of residents hold a college or professional degree.

Organizations like Can-do Foundation, a program of the Dixie School District, put in extra effort to ensure our kids succeed and extracurriculars like Dixie Youth Soccer Association and Marin Swim League do too!

San Rafael is the seat of Marin County, and Marin County is the healthiest county in all of California. We’re not just saying that. County Health Rankings, a program of the Robert Wood Johnson Foundation and the University of Wisconsin Population Health Institute, ranked it number one in the United States in 2018. On this list, Marin County is ranked first in length of life, health factors and clinical care; it’s ranked second in social and economic factors, and it’s ranked third in quality of life and health behaviors.

Furthermore, the two largest employers in Marin County are Kaiser Permanente and Marin General Hospital; together they employ almost 3,000 people.

6. It’s in the perfect location.

San Rafael is located right across the Richmond-San Rafael Bridge from Richmond, is about 30 minutes north of San Francisco, is just 30 minutes south of California’s wine country, and is a 40-minute drive from Stinson Beach and the other seaside attractions of Marin County’s Pacific coast. In short, it’s right in the middle of some of California’s most notable destinations and getaways.

In the heart of the city, you’ll also find some of the Bay Area’s best parks and open spaces, including China Camp State Park and McNears Beach on San Pablo Bay, McInnis Park and Lagoon Park. 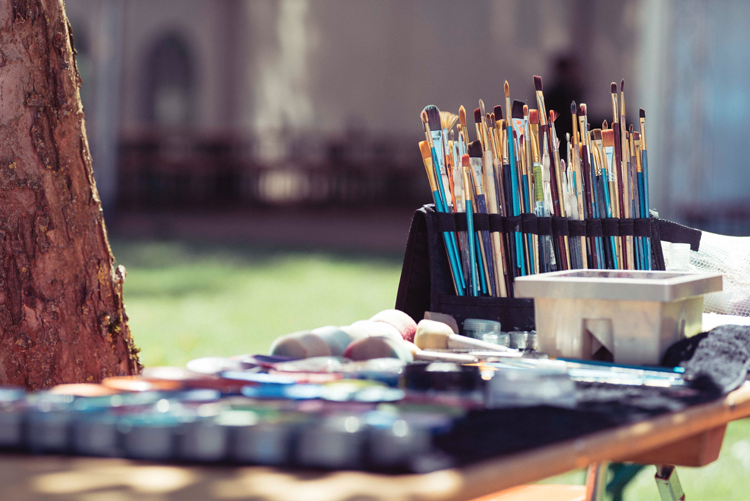 In addition to cinematic arts, our city boasts amazing resources for visual arts of all kinds. For example, Art Works Downtown is a nonprofit art center that maintains four galleries, 27 art studios, a restaurant, a jewelers guild, a frame shop, a ceramic center, other arts organizations, 17 affordable apartments, and they’re the organizer of the monthly 2nd Friday Art Walk through downtown San Rafael. And Italian Street Painting Marin occurs every summer to cover our city’s streets with art!

Even on a normal day, you can wander down the road to encounter historical works. The city’s county civic center was designed by Frank Lloyd Wright and was his very last commission.

8. It’s an affordable place to live in the Bay Area. 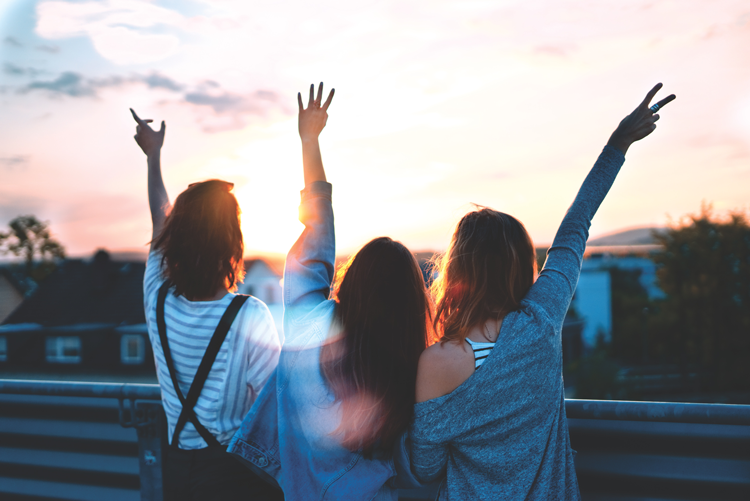 When you’re not eating multicultural cuisine, shopping downtown or recreating in a park, you’ll have monthly and annual events to look forward to, including the 2nd Friday Art Walk hosted by Art Works Downtown, events with Downtown San Rafael like Trick or Treat on 4th Street, Winter Wonderland and Parade of Lights, and other huge happenings like Marin County Fair, Mill Valley Film Festival, Marin County Half Marathon and Downtown San Rafael Market.

Year-round happenings include the Sunday Marin Farmers Market which is the third largest market in the state with nearly 200 vendors!

San Rafael is also home to Minor League Baseball team, the San Rafael Pacifics. Their home is the historic Albert Park in downtown San Rafael and they drew more than 18,000 fans to the park over the course of 2017. Oh, did we forget to mention? They’re the league’s most successful team with three championships under their belt in just six years!

If you want to learn more about all there is to do in San Rafael, click here to check out Visit Marin’s feature on this bustling city.

Want to live in San Rafael?

If you’re interested in buying a home in San Rafael, please contact us directly or begin your home search using our Advanced Search which lets you refine by size, budget, location, nearby attractions, keywords and more.

September 23, 2019
Read Post
It seems the people who grow up in or live in super awesome cities can sometimes miss some of their hometown’s greatest attractions. Sure, you recommend a Mission burrito to everyone who visits, but when was the last time you ate one? Or better yet, have you ever explored the natural expanse of Point Reyes National Seashore?  In this guide, we rounded up the...