We rounded up a handful of the best restaurants for New Year’s Eve eats and drinks in the city, which means this guide includes Scandinavian feasts, handmade noodle tasting menus, dinners with a live DJ, standing receptions, immersive theater, decadent raw bars, and so much more.

Choose your NYE destination and make your reservation before it sells out!

Located inside the luxurious Hotel Vitale, Americano boasts a gorgeous dining room, a circular cocktail lounge and an outdoor patio—all with sweeping views of the Bay. The culinary program is rooted in lasting partnerships with local San Francisco producers and seasonal ingredients to create handcrafted, farm-to-table Italian dishes.

On New Year’s Eve, Americano is celebrating with a five-course dinner menu and wine pairings accompanied by live music from DJ Trevor Young. They’ll be offering tables in the dining room and on the heated, tented patio. For more information on this 21+ event, check out the event on Facebook. 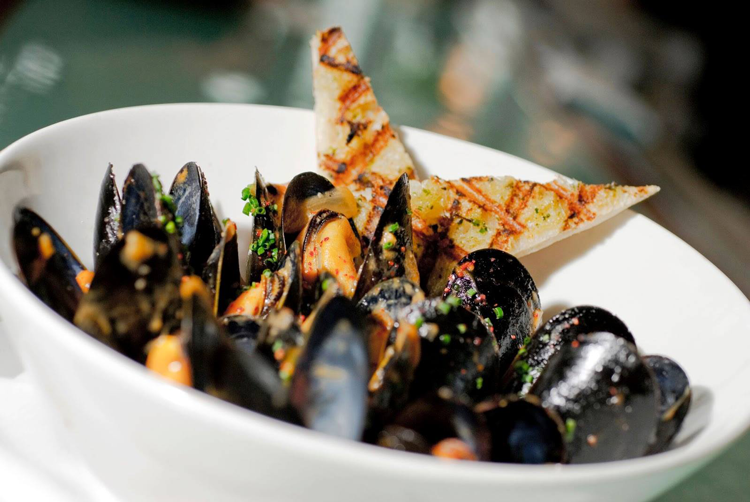 This famous, all-day eatery has been a part of San Francisco history since 1863. And today, the Cliff House has become an essential eatery in the city thanks to the food, the history and the view. Located at the waterfront of the largest urban national park in the United States, you can enjoy the walk-in only Bistro, the white tablecloth Sutro’s, or stop by for The Terrace Room Sunday Champagne Brunch Buffet.

When you’re not taking in the views inside the stunning dining room of EPIC, you can turn your eyes to the windows which look out on the Bay, Bay Bridge, Treasure Island and the San Francisco skyline. This destination steakhouse, from the team behind the seafood experts at Waterbar, typically serves lunch, dinner and weekend brunch.

On New Year’s Eve, they’re offering a sell-out dinner with two different seatings. The first is for those who are on their way to other celebrations and the second is complete with party hats, favors, a midnight champagne toast and views of the fireworks. For more details and tickets, click here. 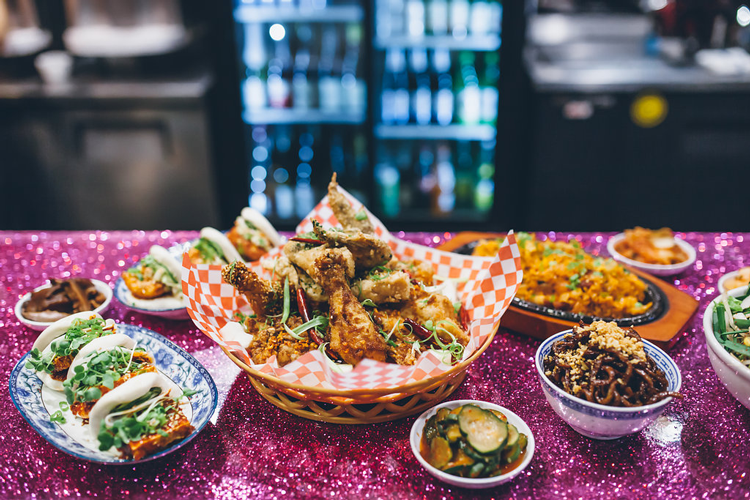 Foxsister opened in October 2017 and immediately became one of the Mission’s favorite restaurants thanks in large part to Korean fried chicken. In the bright and colorful dining room, you can enjoy Korean-inspired snacks, soju cocktails, and imported beers complemented by murals and old-school music. 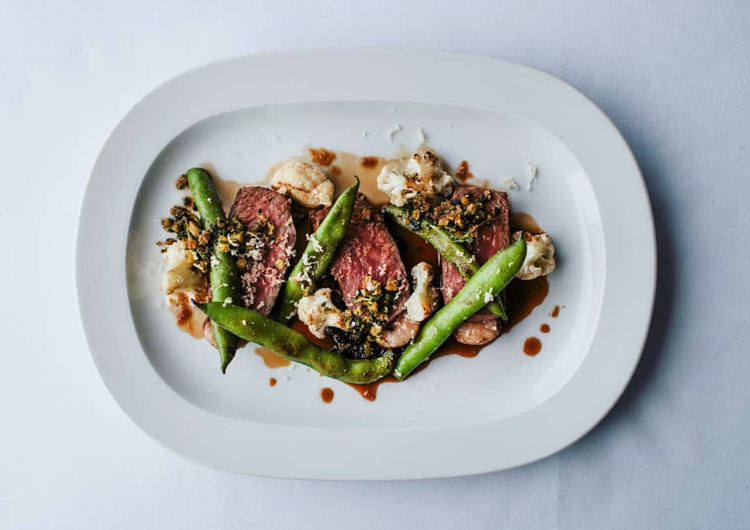 Jardinière has been serving the Hayes Valley for 21 years. Through those years, Chef Traci Des Jardins’ signature restaurant has become a constantly impressive and experimental food destination, and she has earned various awards, including a best chef award from the James Beard Foundation.

The New Year’s Eve celebrations include two seatings, chef’s tasting menus and live jazz. The first seating is a four-course menu and the second is a five-course menu that includes party favors and a champagne toast at midnight.

Inside one of the most beautiful restaurants in San Francisco, you can order from a menu showcasing authentic Vietnamese dishes with a touch of French influence while seated in the inner courtyard, which once housed legendary Trader Vic’s. The lounge and bar on the second level offers a slightly more casual setting complete with signature cocktails and live music Monday through Saturday — and that’s where Le Colonial will be throwing their New Year’s Eve party as well!

In addition to a special, reservation-only dinner, Le Colonial is hosting a party in the 721Lounge complete with a midnight toast, live DJ and dance party. Both require separate tickets and you can get all the information here.

Owner and Executive Chef Brandon Jew learned how to cook all over the globe from Bologna to Shanghai and back to his hometown, San Francisco, where he opened Mister Jiu’s. This Chinatown destination restaurant offers a regularly rotating menu of high-end Chinese fare inspired by California cuisine.

Located inside the beautiful Inn at the Opera, Pläj is a Scandinavian restaurant brought to San Francisco by Swedish born chef Roberth Sundell and Andrea Sundell. On the menu, you’ll find a brilliant blend of rustic, Scandinavian flavors made with local and seasonal ingredients from California.

On New Year’s Eve, they’re displaying that brilliant menu through a four-course prix fixe menu that includes dishes of lobster, scallops and duck in mouth-watering preparations. To see the menu and make reservations, click here.

The Speakeasy is an immersive theater experience that puts you right into the roaring 1920s, where you can meet flappers, floozies, gangsters and bootleggers, enjoy craft cocktails, play casino games, and explore hidden rooms and secret passages.

On New Year’s Eve, the party gets even wilder with all the characters and cocktails we love alongside appetizers and desserts, dancing and casino tables, and a party that will rage until 2 a.m.

The story of State Bird Provisions starts with a recipe for serving quail, the California state bird, and continues today with what has become one of the Bay Area’s favorite eateries. Led by Chefs Stuart Brioza and Nicole Krasinski, the menu changes very frequently to reflect local, seasonal ingredients and the creativity of the team.

The team’s sold-out New Year’s Eve celebrations in past years have appealed to fans of both State Bird and sister restaurant, The Progress right next door. In 2017, they hosted a moveable feast that began with a standing reception at State Bird Provisions and moved on to a feast at The Progress. For updates on 2018 happenings, follow the team on Facebook. 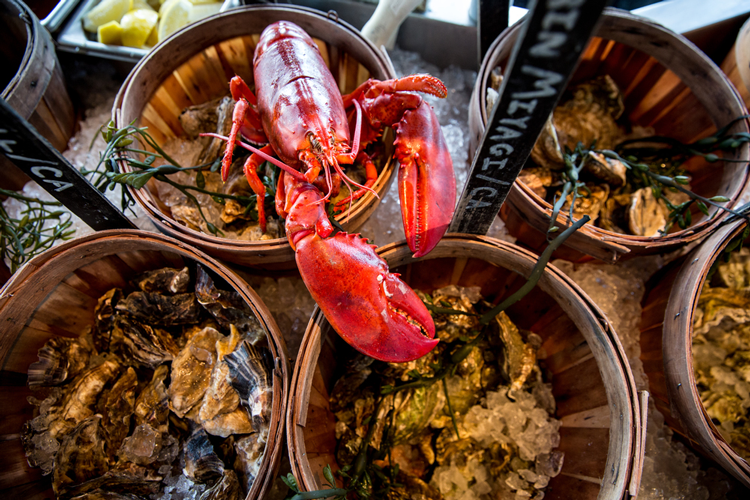 Perfectly suited for any occasion—whether it’s date night, happy hour or a holiday—Waterbar is located right on the waterfront where you can take in views of the Bay, the Bay Bridge, Treasure Island and the San Francisco skyline. On the daily changing menu and at the raw bar, you’ll find selections of the day’s best fresh-caught and sustainably sourced fish and the most expansive selection of oysters on the West Coast.

On New Year’s Eve, they’re offering two seatings. The first offers a four-course prix fixe menu and a table reservation that lasts a limited amount of time. The second is complete with five courses, party hats, party favors, a midnight champagne toast and views of the fireworks.

The Waterfront is located just one mile from Fisherman’s Wharf. This upscale restaurant has been a neighborhood favorite since it opened in 1969. Boasting a breathtaking bayscape, farm-to-table produce and sustainable seafood, it’s everything an iconic San Francisco restaurant should be.

The holidays at The Waterfront include all of that plus special occasion menus. Check back here for specific information on New Year’s Eve.

If you have a favorite spot for New Year’s Eve dinner, tell us about it in the comments below.