San Francisco has been a haven, a home and an inspirational backdrop for poets, artists and authors for more than a century. The city has been the setting of poems by Allen Ginsberg, Lawrence Ferlinghetti and Robert Frost. It has inspired quotes from Mark Twain, Jack Kerouac and Rudyard Kipling. And it has been a home—even a second home—to some of the largest names in entertainment, literature and art.

Combine that with our city’s historically quirky and indie character and we’re not surprised to find so many independent bookstores thriving in San Francisco. Today, we’re celebrating both the historic and the new with a guide that is sure to excite any book lover.

Care to join us on our indie bookstore tour of San Francisco? You can find every shop from our guide on the interactive map below.

Adobe Books opened the doors to their 16th Street Mission District shop in 1989. Almost immediately, it became a haven for artists, musicians, writers, readers, thinkers and locals alike. In 2001, they began the Adobe Books Backroom Gallery to support local artists and in 2012, they moved all of that and their books over to 24th Street. Today, they’re still operating the gallery and still selling books, and in 2018 they hosted 159 public events at no charge to the artists, musicians, poets, writers and thinkers.

This downtown bookstore offers three floors of books from indie bestsellers to local novels set in San Francisco and everything in between. When you buy a book here, you support local while also helping to fight deforestation around the globe because Alexander Book Company supports Trees for the Future, a non-profit organization planting trees globally.

Alley Cat Books opened on 24th Street in the heart of the Mission in 2011 and offers a diverse inventory of books and other literature in both English and Spanish. Their cozy shop is both a welcoming place to shop and a venue for intimate art exhibits, poetry readings and film screenings. Wind your way to the back of the store to find the spacious art gallery!

Bird & Beckett Books and Records is a cozy shop in the Glen Park neighborhood where you can shop local authors and artists, participate in poetry open mics, hear live jazz every week, and learn more about The Bird & Beckett Cultural Legacy Project. This nonprofit organization presents, documents and archives the creative work of living writers and musicians in the Bay Area.

Perhaps the most stylish bookstore in the city, Black Bird Bookstore is nestled in the Outer Sunset. The bright and modern shop features custom, built-in shelving displaying carefully curated titles covering several genres and topics, and their focus is on quality of books over sheer quantity. They also offer a charming play area for kids and an outdoor garden and shed.

The Book Passage story begins all the way back in 1976 with a small shop in Larkspur. Today, after several moves, new grand openings, and thousands of events, the team operates three stores: one in Corte Madera, one in the San Francisco Ferry Building and one in downtown Sausalito. Their local partnerships and philanthropic endeavors have cemented them as one of the Bay Area’s best bookstores.

Anton Roman began selling books in 1851, but his legendary bookstore didn’t become Books Inc. until 1946. From then on, their history has been defined by their indie character as they fought and survived the expansion of huge national book companies. Today, they operate 11 stores in San Francisco, East Bay and the Peninsula, and have become the West’s oldest independent bookseller.

The Booksmith has been the indie book headquarters of Haight-Ashbury for more than 40 years. Since 2007, the store has been owned and operated by Christin Evans and her husband who also revamped the famous Kepler’s Books in Menlo Park. Driven by the mission to reestablish bookshops as community gathering places, The Booksmith team has created an event venue, a second home, a book-loving community and so much more. 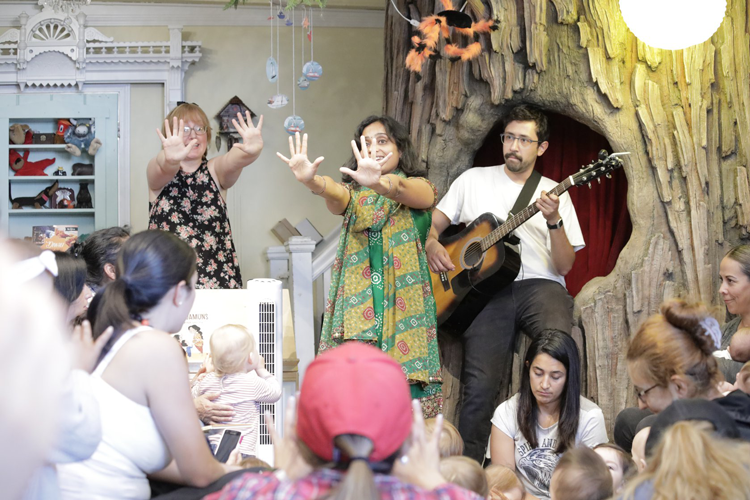 Focused on children’s and young adult literature, Charlie’s Corner Bookstore is so much more than a bookstore. In addition to their extensive collection of books, they host interactive storytimes that include music, food, Spanish and French storytellers. To learn more about Story Time, Art with Noelle, Charlie’s Book Clubs and more, click here.

Chronicle Books is an independent publisher based in San Francisco and they’ve been making their mark on our local and global book community since the Summer of Love. Their headquarters in South Beach is located inside an old maritime machine shop and warehouse. There, they have four floors of publishing services and a storefront on the ground floor. You can also find their books and a wide selection from their publishing partners at a second location at the Metreon.

Founded in 1953 by poet Lawrence Ferlinghetti and Peter D. Martin, City Lights is a landmark independent bookstore and publisher—and is quite possibly San Francisco’s most famous. As a literary meeting place both then and now, it served as the city’s hub for Beatnik literature and has continued its legacy of community, independence and voice throughout the years. With books on all three floors, you can find selections from the world’s largest publishers alongside titles from the smaller, specialty businesses.

Dog Eared Books opened in 1992 and now offers two locations in San Francisco. As a general interest store, they offer a little of everything, but as an indie bookstore, they also specialize in off-beat, small press and local literature. Amongst the books, you’ll also find plenty of magazines and, if you look up, you can find artworks that are available for purchase, too. 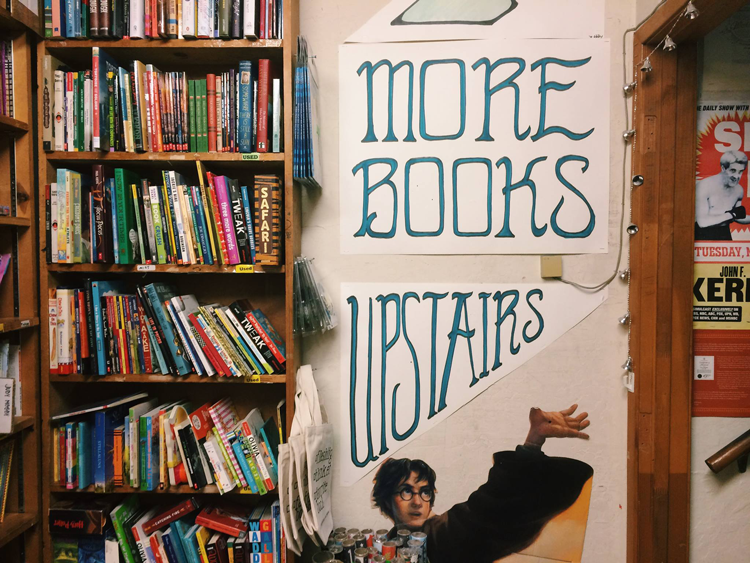 Richard Savoy was 25-years-old when he founded Green Apple Books in 1967. When that first shop opened on Clement Street, it covered just 750-square-feet—but today the team has 8,000-square-feet and multiple floors at their first location and an entirely different shop, Green Apple Books on the Park, in the Inner Sunset neighborhood. Through both stores and over half a century in the city, the entire team has become an integral part of the local business community through both community and philanthropic endeavors. To learn more, click here. 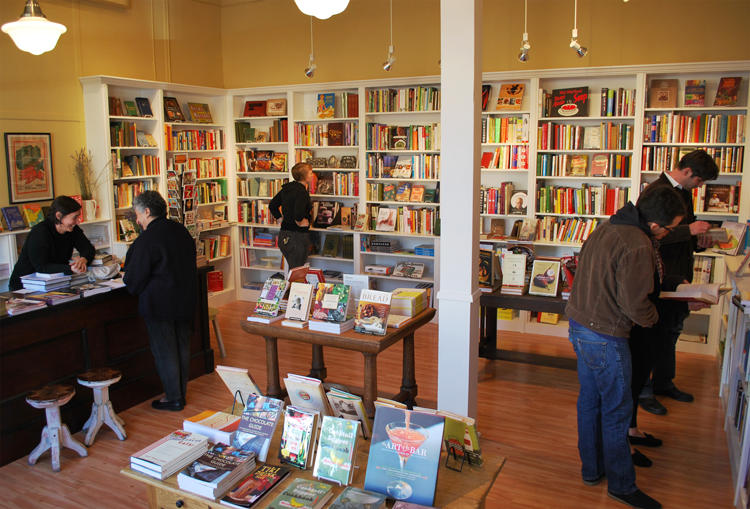 Omnivore Books is a specialty, independent bookstore focused on all things food and drink. Their inventory covers new, antiquarian and collectible books, and their store hosts several free author talks every month. These events bring both chefs and authors to the store so you can learn more about the books and the foods you love.

Established in 1974, this independent bookstore began bookselling under the name Sunset Bookstore. Over the years, the original shop merged with Russian Hill Bookstore to become one of the city’s best bookstores and note card shops. Today, their inventory includes new and used books and charming note cards, as well as toys and games for children of all ages.

Do you have a favorite bookstore?

Unfortunately, we couldn’t include all of San Francisco’s indie bookstores on this guide. If you’re favorite is missing, tell us about it in the comments below!