According to data from the California Protected Areas Database, the entire state of California is home to approximately 49,294,000 acres of protected land. That’s more than 47 percent of the state! Here in the Bay Area, nearly a quarter of our total acreage is permanently protected from development. That means more than one million acres are protected, which includes wilderness, mountains, seashore, state parks, redwood forests, private lands, beaches and parks managed by the National Park Service.

While it would take a lifetime to explore all those acres, we’re starting with a handful of our favorites stretching from California’s wine country, through Marin County and San Francisco, then into the Peninsula and East Bay. 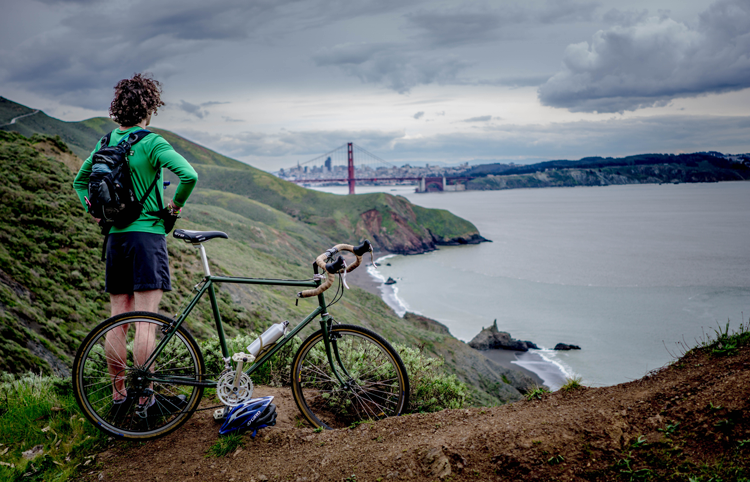 Golden Gate National Recreation Area consists of 80,000 acres spanning from San Francisco over the bridge to Marin County and even has land in parts of San Mateo County. Through all of those areas, you can explore 19 distinct ecosystems with more than 2,000 plant and animal species alongside historic exhibits of California’s indigenous cultures, Spanish colonialism, the Mexican Republic, US military expansion and the growth of San Francisco.

In the city, areas include Baker Beach, the Presidio, Cliff House and Sutro Baths, Fort Funston and Crissy Beach. Marin County’s wide open spaces include Marin Headlands, Kirby Cove, Point Bonita Lighthouse and even Muir Woods National Monument. In San Mateo County, Golden Gate National Recreation Area encompasses five different areas, including the 4,000-acre Rancho Corral de Tierra, which is one of the largest undeveloped parcels of land on the San Mateo peninsula. For a complete guide of things to see and do and places to go, click here. 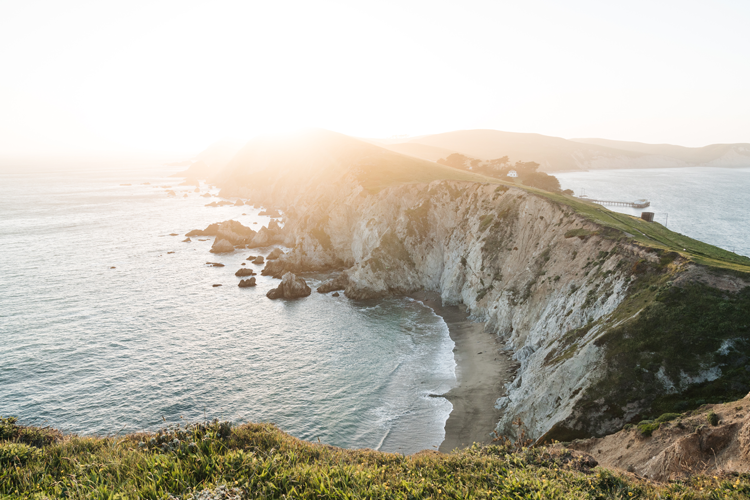 Encompassing much of the western coastline in Marin County, Point Reyes National Seashore is a vast expanse of protected coastline offering rocky headlands and expansive sand beaches, open grasslands, brushy hillsides, and forested ridges. Two of the best things to do seasonally in the park is to view elephant seals lounging on the beaches of Drakes Bay and watch as grey whales migrate past Point Reyes from December through May. For more things to do and places to explore, click here.

The largest natural island in the San Francisco Bay, Angel Island has a dense history that dates back to the Coast Miwok. Later, it became a safe refuge and supply stop for Spanish explorers, operated as a U.S. Immigration Station from 1910 to 1940, and a detainment center for Japanese and German POWs during World War II. Overall, the island has over 100 years of military history and its transition into a California State Park began in 1954. By the early 60s, military use had completely ceased, which opened the entire island to park guests. To get to the island, you’ll have to take a ferry—like Blue & Gold Fleet from San Francisco or Angel Island Tiburon Ferry from Tiburon. Then, the hikes, the bike rides, the concessions and the 360-degree views await. 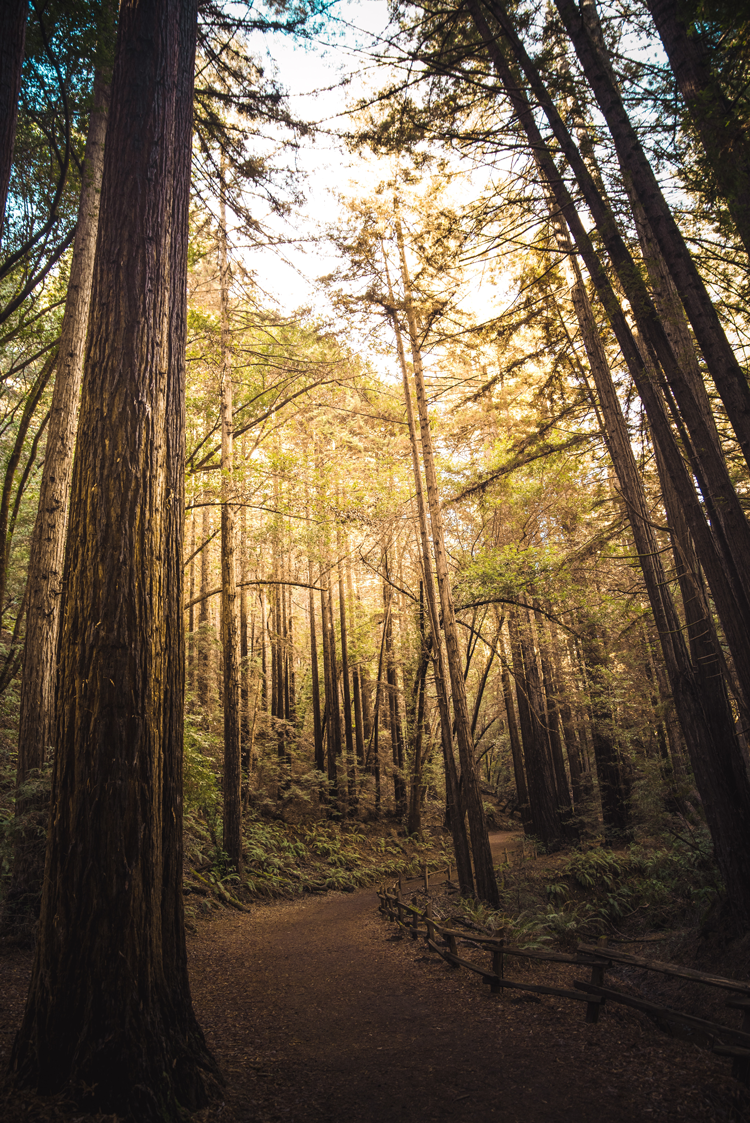 Just a few miles over the ridge from downtown Oakland, you’ll find a hidden redwood forest that was once the setting of bustling operations and extensive logging. Now, more than 150 years later, the park’s 1,830 acres are open for hiking, wildlife viewing, picnicking and wandering through the shade of coast redwoods that stand around 150-feet-tall. 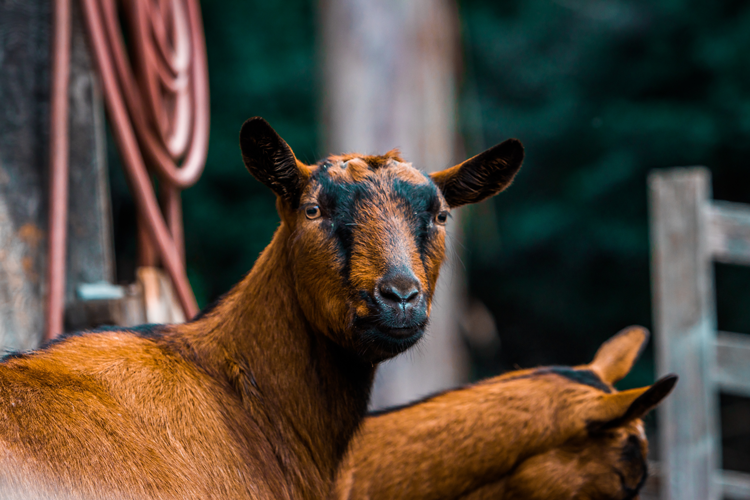 One of the East Bay Regional Park District’s three oldest parks, Tilden Regional Park offers tons of playful recreational activities that have become a happy tradition for generations of East Bay families. Throughout Tilden’s 2,079 acres, you’ll find The Regional Parks Botanic Garden, the antique Herschell-Spillman Merry-Go-Round, The Tilden Park Golf Course, The Steam Train, Tilden Nature Area and The Little Farm, plus Lake Anza, which is open seasonally for swimming. Additionally, guests can enjoy more than 39 miles of trails for hiking and biking, equestrian camping, fishing on the lake, and picnicking. For more information, click here.

Directly west of Danville, Las Trampas offers 5,342 acres of wilderness and an expanded trail system for hiking, biking and horseback riding with Las Trampas Stables. Also on the grounds, you can visit The Eugene O’Neill National Historic Site, which is the site of Tao House, a secluded retreat and the final home of playwright Eugene O’Neill. For more information on the historic site, click here. 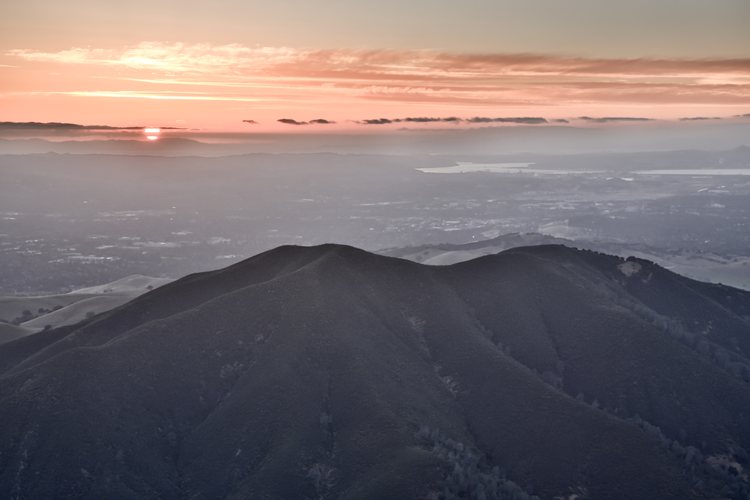 Located just southeast of Walnut Creek, Mount Diablo State Park is named for the isolated, 3,849-foot peak that offers sweeping views of the entire Bay Area. At the peak, guests can visit the Summit Visitor Center, a tower originally built in the 1930s using fossiliferous sandstone blocks quarried in the park. On the mountain and its surrounding lands, you can also see beautiful wildflowers, explore the extensive trail system, watch native wildlife, and view distinctive rock formations. For more things to do, click here.

Nestled on the western slopes of the Santa Cruz Mountains overlooking Half Moon Bay, Purisima Creek Redwoods Open Space Preserve covers 4,711 acres. The highlight of the preserve is Purisima Creek Canyon, a forested getaway home to towering redwoods, a rushing creek, and undergrowth of ferns, berries and wildflowers. Along the area’s northern trails, hikers can take in expansive views of Half Moon Bay and the Pacific Ocean, and everywhere, you can explore trails that wind through the second-growth forest of 100-year-old coast redwoods.

Ohlone Regional Wilderness is located in a line of natural areas that also includes Del Valle Regional Park, Sunol Regional Wilderness and Mission Peak Regional Preserve. But to get to Ohlone, guests have to hike or ride horseback along the Ohlone Wilderness Trail. Once you arrive, you can explore 9,737 acres of parkland with the 3,817-foot Rose Peak at its center. Around the mountain, attractions include grassy ridges filled with wildflowers during the spring and abundant wildlife like golden eagles, mountain lions and tule elk.

Named for the Italian phrase meaning beautiful mountain, Monte Bello Open Space Preserve encompasses 3,436 acres and is one of the Midpeninsula Regional Open Space District’s richest in wildlife and ecosystem diversity. In that area, you’ll find the upper Stevens Creek watershed and Black Mountain, which offers visitors incredible views of Santa Clara Valley and the Mount Hamilton range. Surrounded on all sides by other Open Space Preserves, Monte Bello is the perfect home base to explore the Peninsula’s beautiful natural areas. 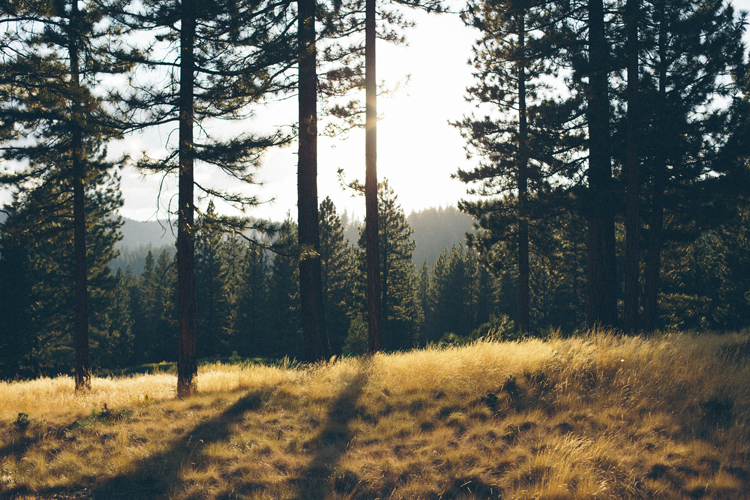 This California State Park is reached by a winding road that drops from a ridgetop into the deeply shaded redwood forest. At the road’s dead end, you can explore 2,800 acres of hushed getaway located just minutes from the hustle and bustle of Silicon Valley. Hiking and camping are the most popular activities in the park and its trails connect to adjacent Pescadero Creek Park and Big Basin Redwoods State Park, California’s oldest state park which is part of an open space that reaches all the way to the Pacific Ocean. For more information on these trails and park activities, click here.

One of the natural highlights of Sonoma County, Trione-Annadel State Park is nestled between two golf courses and is surrounded by local wineries, including Matanzas Creek Winery, St Francis Winery & Vineyards, Chateau St. Jean Winery, and countless others. A haven for wildflower lovers, the park’s 5,092 acres offer hiking, horseback riding, fishing on Lake Ilsanjo and more. If you’re coming for the wildflowers, the best months are April and May, but there are some plants in bloom as early as January and as late as September.

Do you love Bay Area parks?

Nearly a quarter of Bay Area acreage is protected open space and wilderness. Tell us about your favorite place to explore in the comments below—whether it’s on our list or not!

September 23, 2019
Read Post
Fall is the Bay Area’s most exciting season. The end of summer brings some of the region’s warmest days, the annual grape harvest fills Napa and Sonoma counties with festive colors and plenty of wine, local botanical gardens are showing off their reds, oranges and golds, and our streets come alive with some of the year’s best festivals and events. This...