Our hometown hosts thousands of events every year, from summer concert series to epic music festivals, small community gatherings to huge parades, and weekly celebrations to annual carnivals. And some of these events even date back more than 60 years! Seriously, that one is on this list and it’s considered the country’s original outdoor street festival.

More recently, Sunday Streets SF has provided our city with community-centered events throughout the spring, summer and fall in some of our favorite neighborhoods, including the Mission, SoMa, Excelsior, Sunset and more.

If you’re looking for the neighborhood-centric, the historic, the family-friendly, and the free events in San Francisco, you’ve come to the right place. We rounded up 15 annual events that bring live music, local businesses, nonprofit organizations and community members together in some of the city’s most charming and lively neighborhoods. Enjoy! 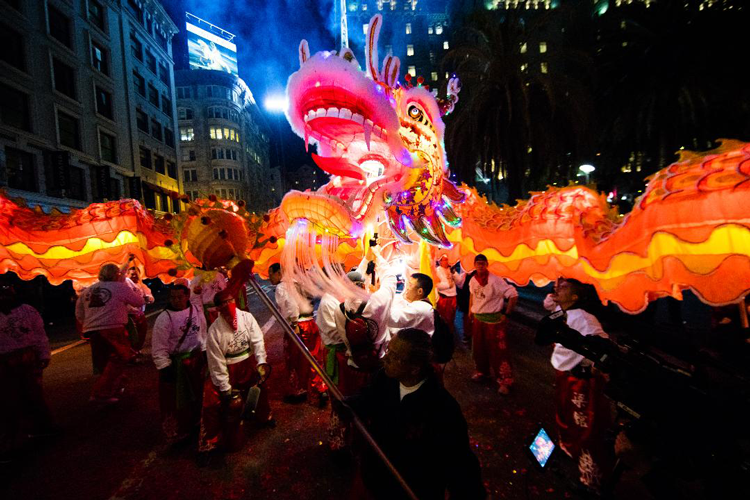 San Francisco’s Chinese New Year Parade has been a tradition since the 1860s. It’s one of the few remaining illuminated, nighttime parades in the country and is the biggest parade celebrating the lunar new year outside of Asia. In addition to the spectacular parade, festivities include a 10K, 5K and walk event, the Basketball Jamboree, a flower market and the two-day Community Fair. For details on this year’s event, click here.

Glen Park Festival has been a neighborhood tradition in Glen Park for more than 20 years, and the very first Glen Park all-neighborhood gathering took place all the way back in 1911. Today’s modern festival was born from a desire to showcase the community’s artists, musicians and craftspeople through entertainment, music, dancing and local food. To get updates on this year’s event, click here. 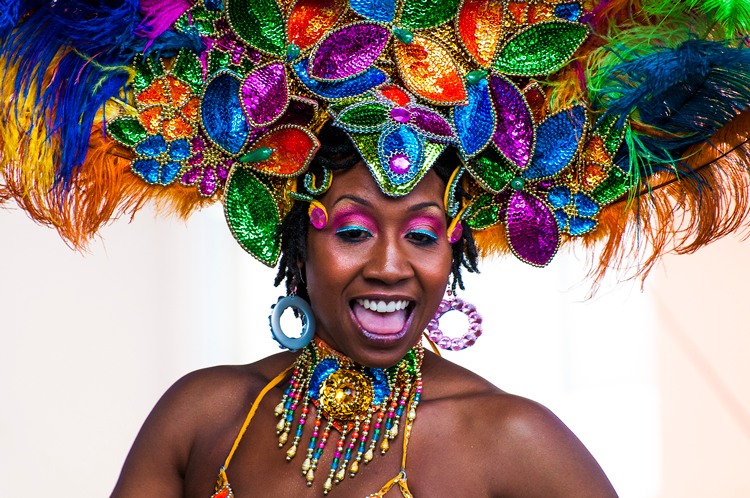 On February 25th, 1979, three hundred colorful and costumed drummers and dancers paraded through Precita Park. Today, the Mission District’s Carnaval has become one of the most diverse carnival parades in the entire country. The two-day celebration brings global cuisine, international music, dance, arts and crafts, and all-ages activities, as well as the famous grand parade on Sunday.

The first Haight-Ashbury Street Fair was held on April 29, 1978 to celebrate and spread awareness of the cultural, political and social contributions the Haight has brought to our city and country. Since that day, the annual event has been held on the second Sunday of June for more than 40 years—and it has always celebrated peace, love and happiness. To support the event and learn more about the next one, click here.

Juneteenth is an annual holiday that commemorates the announcement of the abolition of slavery on June 19, 1865 in several American states. Here in San Francisco, African Americans have celebrated the abolition of slavery since 1855, and today’s festival is one of the largest celebrations of its kind in the entire state. It promotes historical awareness, builds self-esteem amongst our youth, connects organizations with the community, and provides opportunities for African American vendors to market their businesses and showcase their crafts. To see all the activities, performances and events happening at SF Juneteenth, click here.

The North Beach Festival is considered one of the country’s original outdoor street festivals, and it’s been going strong for 65 years. Held in San Francisco’s historic Little Italy, the event boasts more than 125 arts and crafts booths, gourmet food booths, two stages of live entertainment, poetry readings, Italian street painting, beverage gardens, a kids’ chalk art area, and the blessing of the animals. These all serve to showcase the culture of this community, which has a rich Italian heritage and was famously a headquarters for the Beat generation.

The historic Union Street Fair takes place every year in the Marina District, and it has for more than 40 years. The festival celebrates both the neighborhood and the entire city of San Francisco with gourmet foods, local retail vendors, craft beers and regional wines, and even Bay Area bands. For information on this year’s event, click here.

Organized by the Fillmore Merchants Association and held over Independence Day weekend, this music festival and street fair is a celebration of a historically artistic and soulful neighborhood. Today, it has grown into the largest free jazz festival on the West Coast, drawing more than 100,000 people. The full weekend offers live music from multiple stages, more than 12 blocks of fine art and crafts, and gourmet food and beverages from local vendors.

Founded in 1973, the Nihonmachi Street Fair was originally developed to provide leadership and mentorship opportunities for the youth of J-Town and to honor that cultural heritage. Throughout more than 40 years, the annual event has grown from a four-booth fair to a two-day festival that draws over 30,000 attendees. For updates and information about the next event, follow the team on Facebook here. 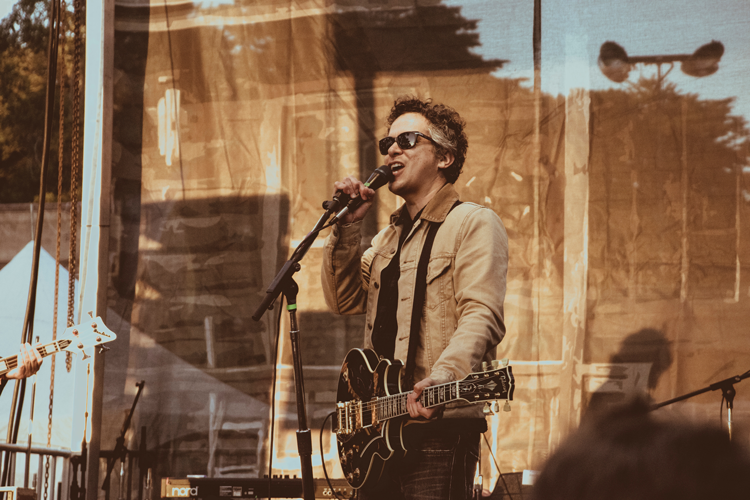 Organized by the Lower Polk Community Benefit District, this festival is one of the newest on this guide, and has even endured through a relocation. Six years ago, the event was moved to Martinez and renamed the Bay Area Blues Festival, but in 2019, the festival is returning to Polk Street! In one of the city’s most charming neighborhoods, the event will feature a stage and an entertainment area, arts and crafts, food booths, cafe seating areas and more.

Hosted each fall by Sunset Youth Services, the Sunset Community Festival has been bringing the community together since 1995. The free family-friendly event draws more than 3,500 residents to celebrate our diverse region through live music, demonstrations, face painting, Sunset Mercantile’s pop-up marketplace, the Kid Fun Zone and more. And young people from the Sunset Services community help with event setup and clean-up, engineering sound for live music, and even performing on stage. 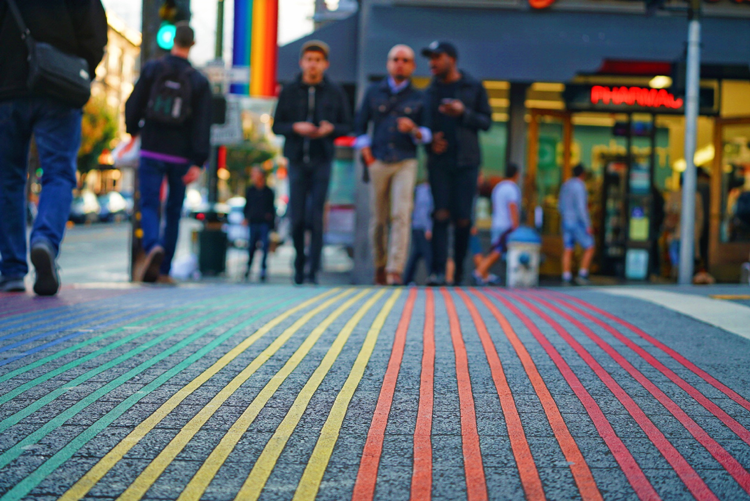 Located in the heart of the Castro District at the intersection of Market and Castro Streets, the Castro Street Fair was originally founded by Harvey Milk in 1974. Today, the neighborhood event has grown to include hundreds of local artists, vendors, craftspeople, and organizations all celebrating the diversity of this unique and historic neighborhood. Other attractions include live entertainment and dance stages located throughout the festival.

Wharf Fest is a free, family-friendly festival hosted by the Fisherman’s Wharf Community Benefit District in the city’s historic waterfront district after the tourist season has ended. Attractions include local vendors and exhibitors, live entertainment, family-friendly activities and, of course, a chowder cook-off competition!

BayviewLIVE is an event started, developed and grown by Imprint City, a nonprofit operating out of the Bayview, which is set to become the San Francisco’s designated African American Cultural District. This annual festival is the only festival in San Francisco solely dedicated to urban arts and culture and includes live performances, local vendors and exhibitors, live art demonstrations, public art displays and so much more. To stay up-to-date on the event, follow Imprint City on Facebook here.

Did we miss your favorite event?

If your favorite San Francisco street fair isn’t on our guide, please tell us about it in the comments below!